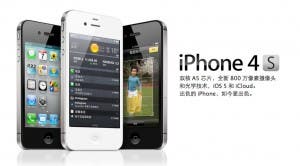 China Mobile maybe the largest mobile phone operator on the planet, and may well have more assests than Apple, but the giant is slipping to rival China Unicom, thanks to the iPhone.

China Mobile were late to the iPhone party and only began selling the iPhone 4 last year in the meantime however, China Unicom had buddied up with Apple and began offering the iPhone 3G, 3GS and iPhone 4 on their 3G network capturing a huge market share.

Now, it seems China Mobile will be losing out to their rivals once more, as a recent report suggest Apple are not willing to make the iPhone 4S compatible with China Mobile proprietary 3G network.

This is not the first time Apple and China Mobile haven’t seen eye to eye, as the Chinese network lost out on offering the original iPhone as they insisted Apple remove the Wi-Fi and hand over control of the App market to them, a thought  which Steve Jobs and co were never going to entertain.

Despite the lack of official support there are an estimated 10 million iPhone’s in China running on China Mobile’s 2G network!

It is expected the iPhone 4S will go on official sale in December and will be available in China Unicom, and perhaps China Telecom networks to begin with.

If you can’t wait that long however, you could always pop over to Hong Kong and grab an iPhone 4S on 11th November when it officially launches.

Previous Beijing Is Getting Free Wi-Fi But Citizens Are Not Convinced!