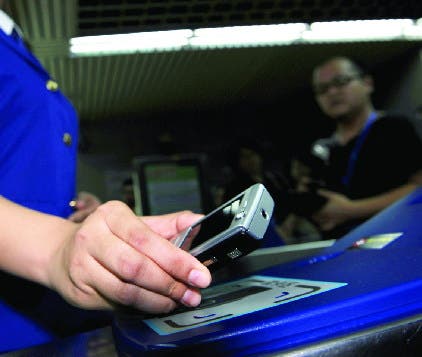 Beijing Municipal Government Yikatong Ltd are the company responsible for those blue plastic cards Beijinger use to pay for buses, subways and some other forms of public transport. But as technologies and trends change, so too has the Yikatong card.

Commuters in China’s capital can now swipe their mobile phone instead of a card by using a special Yikatong E-card SIM which has been set up in partnership with China Unicom.

While the idea does have it’s ups, such as being able to top up the balance online, their are a few major draw backs such as the risk of theft, showing off an expensive smart-phone on a busy subway is never a good idea.

Then there is always the problem that using the system will mean your movements will be tracked and easily accessible to anyone online.

It will be interesting to see how many Beijingers will take up the new plan considering their lack of interested in other recent plans such as free Wi-Fi spots across Beijing and even a free condom delivery service!