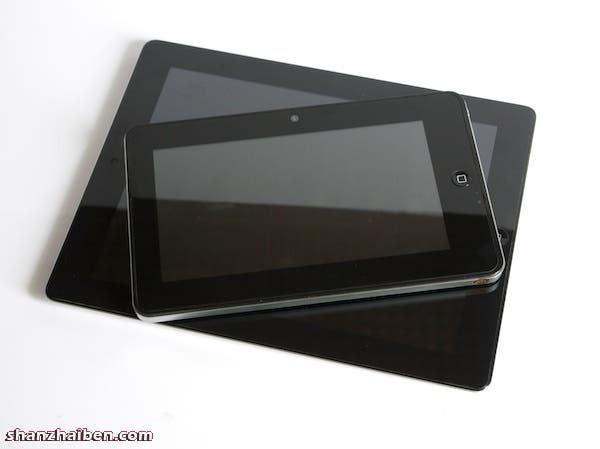 A few days ago we post details of a company here in China who have made a ‘Commemorative Steve Job’s Android Tablet‘. The 7-inch tablet looks just like a giant iPhone 4 (iPhone 4S) and is even called the ‘F4S’!
Now, we have got the full low down and specification details of this rather tasteless knock off!

When we first posted news of the F4S Android tablet from tablet maker Shenzhen Lingyun, it was quickly pointed out that the giant iPhone 4S knock-off doesn’t actually have any Apple or Steve Jobs branding printed on the device, and that the company could honestly be trying to honor the memory of the late Apple founder. 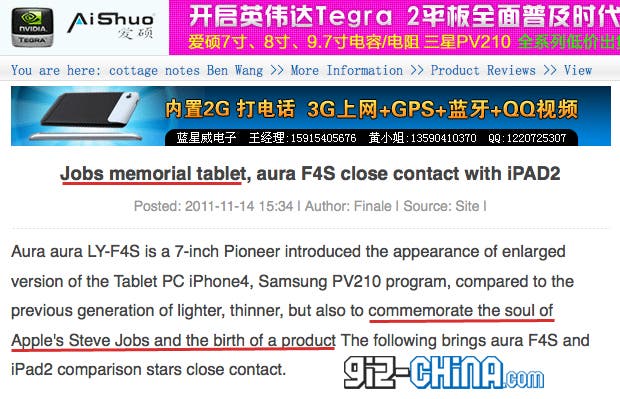 However, as even the Chinese gadget sites who are promoting the tablet are even calling it a ‘Jobs Memorial Tablet’ we’re going to stick with our gut feeling and presume someone is attempting to make a few extra dollars with a pretty disrespectful marketing gimmick!

The tablet itself is called the F4S and actually has a pretty good specification, one which doesn’t really need the tacky marketing to get people to notice it! 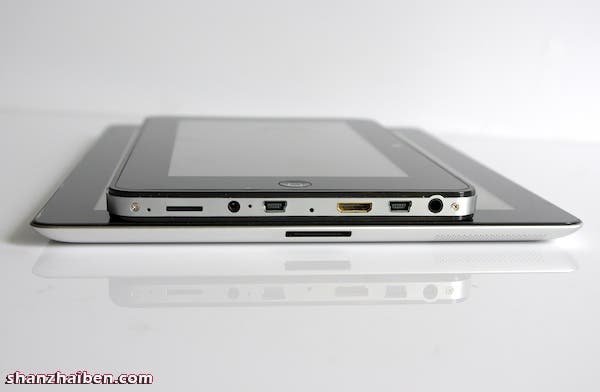 A 1Ghz Samsung PV210 CPU with 512mb RAM are more than adequate at performing well with the Android 2.3 Gingerbread OS.

The 7-inch screen has a resolution of 800 x 480, and is a capacitive multi-touch model which performs very well with games such as Fruit Ninja.

Other nice features include HDMI out, front camera, and a 3600 mAh battery neatly built in to the iPhone 4S inspired 10mm thick body. 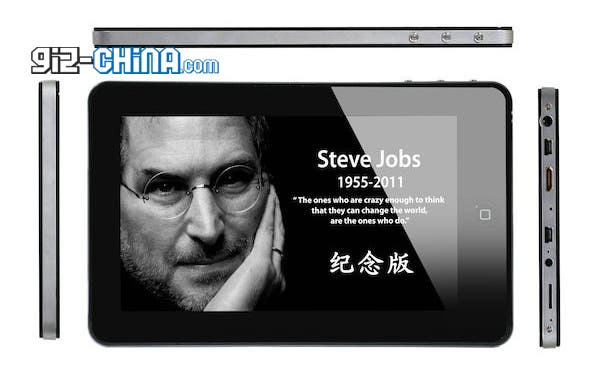 Pricing hasn’t been announced but we don’t expect the F4S to sell for more than 900 Yuan ($141) not that we would be interested in buying one!

Previous How to Download Plants Vs. Zombies For Android Now!