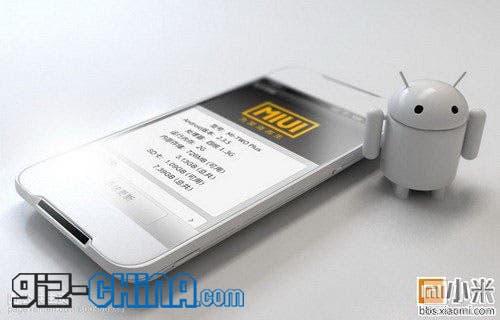 The Xiaomi M1, thanks to it’s low price and awesome specification, is the hot phone to have in China now, and it looks like Xiaomi are planning on keeping ahead of the rest with the 2.5ghz Xiaomi Mi2!

Rumors have it that Xiaomi are already well underway with the development of the M1’s replacement.

The Xiaomi Mi2 as it has been dubbed, is set to carry on with the companies desire to bring the masses a top of the range Android phone at a low cost price.

The images below are thought to be more concepts of what the next generation Xiaomi Android phone will look like.

The previous image we posted a few days ago here, shows a black Xiaomi M2 with updated MIUI, however we have to say we much prefer the look of this fantastic white Xiaomi Mi2!

If these specifications turn out to be true the new Xiaomi M2 Android phone will be running a better set of hardware than current tablets, and the majority of lower priced laptops/ultrabooks on the market, and I’m getting one!

Next Apple Launching 3 iPads in January!