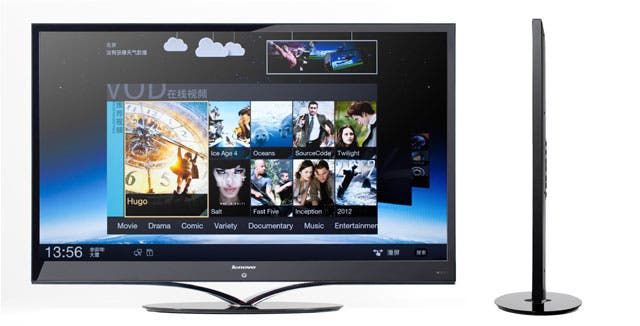 While Apple fans wait with bated breath over the (possible) announcement of an Apple TV, Android fans can start redjoicing as Lenovo has just released details of the world’s first Android ICS smart TV.

Using Android 4.0 on the Lenovo K91 means that Lenovo have left their TV open to all those great TV streaming and video applications that both your smartphone and Android tablets happily run, whats-more you should also be able to play the latest games on the K91 also.

Lenovo have tweaked the Android ICS os on the K91 Smart TV to include their own ‘Smart UI’ which makes use of the larger screen real estate avaialable to the TV.

The K91 will be on show at CES 2012 along with Lenovo’s latest range of ultrabook laptops and Android tablets.