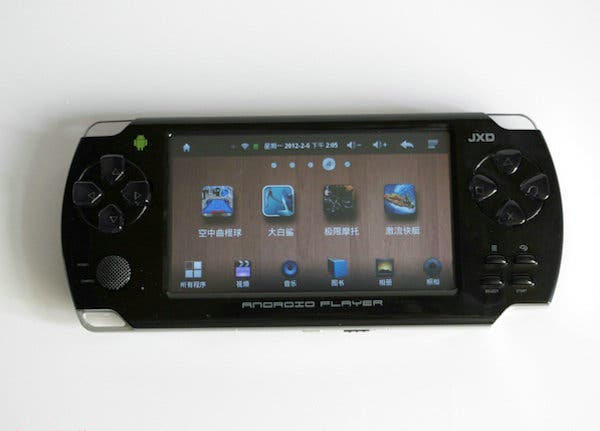 While there have been plenty of fake Sony PSP devices available in China for sometime now, they are now actually starting to rival genuine games systems for function and performance.

This PSP knock off from JXD (famous for various PSP knock offs in China), actually boasts some pretty smart features, and even a catalogue of excellent games!

Called the S601 this Chinese hand held games system is very much a PSP doppleganger, looking almost identical from the outside! 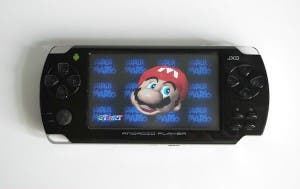 Under the PSP like extiror the JXD S601 features a Coretex A9 CPU clocked at 1Ghz, 512mb RAM, 4GB of built in storage and SD card reader.

Those specifications are practically identical to a midrange smartphone!

The screen is a 4.3 inch resistive unit with a rather poor resolution of only 400 x 272, but the Android Gingerbread 2.3 OS makes up for the poor resolution by offering a huge number of applications and games! 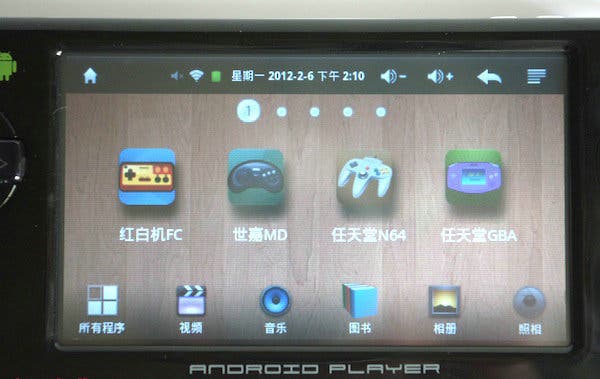 It’s not all gaming though! Thanks to the Android OS your fake PSP will also happily browse the web, send emails and stream flash video!