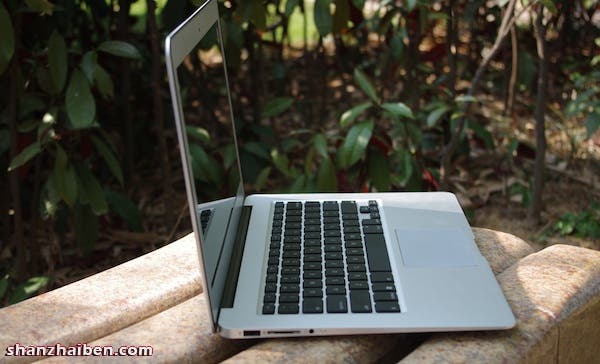 China’s Shanzhai (clone) maker are the true hipsters of gadgets and electronics. Any product which captures the public’s imagination is instantly snatched up by crafty Chinese manufacturers wanting to cash in on being “down with the kids”

Being “down with the kids” these days means more than hastily slapping together a white MP3 player and taping an half eaten apple to the back!

Today’s consumers, especially those who are interested in knock of ‘KILF’ products, want devices with perfectly imitate the best the gadget world has to offer, at a fraction of the real cost.

Macbook Air knock off’s have been floating about ever since the very first MBA models arrived from Apple, but it has only been the later clones which look like they are actually worth buying.

This version of the KILF Macbook Air Knock off, mimics the look, and to some extent the construction, of the genuine 13.3 inch Macbook Air.

Obviously this fake MBA doesn’t have anywhere near the quality as the original, but there are plenty of features which make this fake MBA worth looking at:

This clone even manages to get a knock off magsafe battery charger and measures only 1mm thicker than the genuine Macbook Air!

We have heard conflicting reports on how much these clone’s cost, with Western stores selling them for as much as $499 while Chinese vendors have prices closer to $240!

Previous How to install Android Market on Nook Tablet