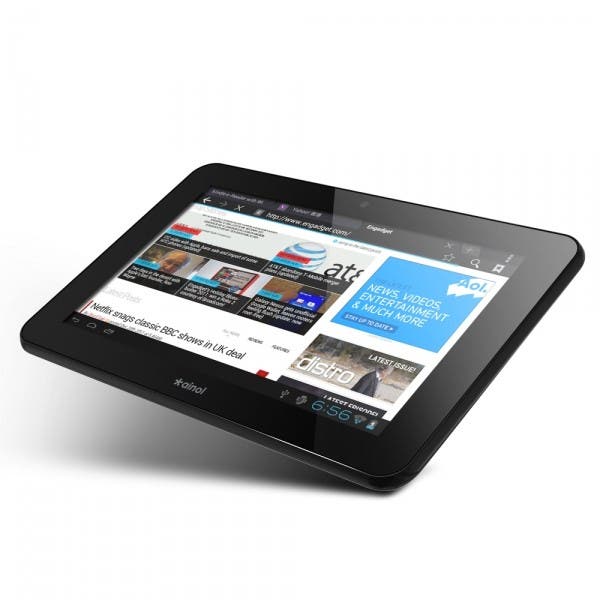 Ainol have a new flagship Android tablet up their sleeve. The new Ainol Novo 7 Flame will feature Android ICS 4.0.3, just as the rest of their 7 inch tablets do, but will also boast a high resolution screen and 3G all for just $200!Ainol have long been known for producing some of the best low cost Android tablets available on the market, and their latest range of 3G equipped Ice-cream Tablets are set to raise their low cost tablet bar up a notch.

The new range of 3G Ainol Android ICS tablets will feature the range topping Ainol Novo 7 which, like most of Ainol’s range, features a 7 inch touch screen, however the display on the Flame will be a high resolution 1280*800 pixel IPS unit.

Under that eye pleasing screen and running the Android 4.0.3 Ice-cream sandwich OS is a 1.5GHz AMLogic AML8726-MX CPU and 1GB RAM. Storage will be available in either 8GB, 16GB or 32GB.

Also hiding away in the Ainol Novo 7 flame is a 3G antenna meaning you will be able to connect to the web, browse, read news, send emails or look up maps while on the go!

Prices are going to start at $199 for the Flame (there will also be two slightly cheaper models available)and it looks like there will be a choice of either white or black models.