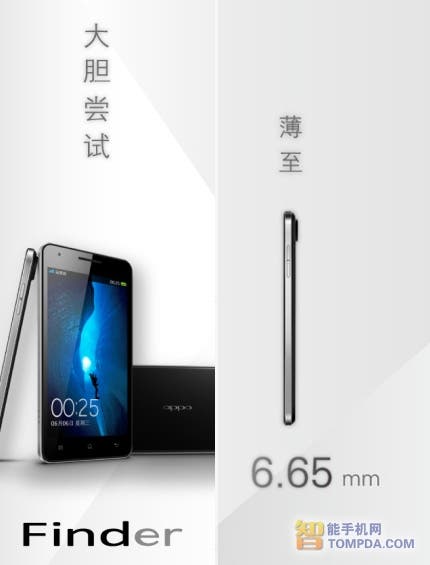 Details of the new Oppo Finder are still thin on the ground but what we do know is the new super thin Android phone will run Android 4 Ice-cream Sandwich and measure a wafer thin 6.65mm and feature iPhone 4 esque styling.

Chinese tech sites are reporting the Oppo Finder will get a high resolution IPS screen which will allow viewing at a huge range and is likely to get a dual core CPU and 8 mega pixel camera.

Judging by what other companies are releasing however we expect a much higher spec camera, possible 12 mega pixel and could even have support for 4G LTE which is currently undergoing tests in Shenzhen!