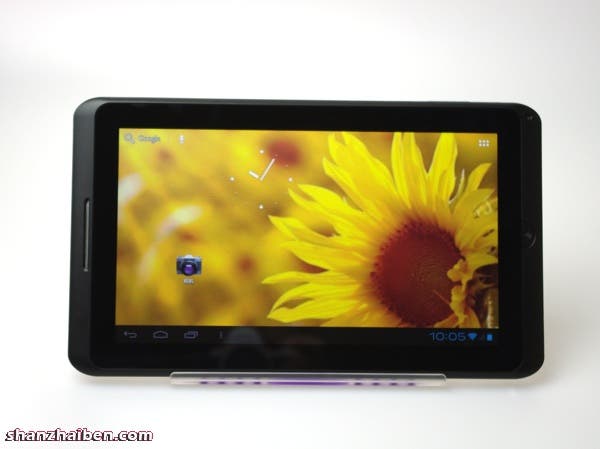 Remember before Christmas  when a new Chinese tablet brand, Cutepad, released their low cost 7 inch Android tablet? Well the company is back with an all new 10 inch Ice-cream Sandwich model!The new Cutepad boasts a large 10 inch display with a resolution of 1024 x 600. Under this large, 5point multi touch display there is a Cortex A10 CPU, 1GB RAM, 8GB of built in storages, a front facing camera, SD card reader plus HDMI out, mini USB and more!

The installed operating system is Google’s latest and greatest version of Android, which if you didn’t already know by now is Android Ice-cream Sandwich 4.0.3.

The HDMI out is a great feature for those wanting to use this large screen tablet on a flat TV to display movies, browse the web or even play games in full HD.

Previous Top 5 Android Games for May!