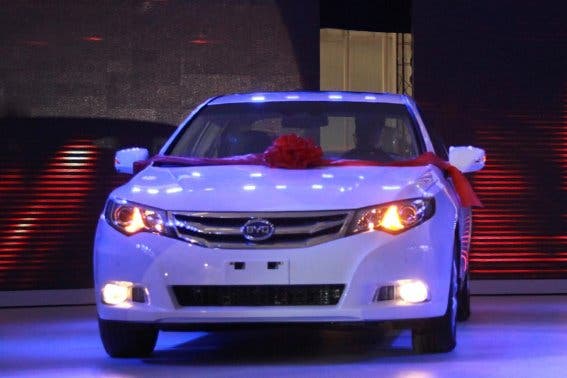 If you were anything like me in the mid 80’s you watched Knight Ryder religiously, lied to your teachers about being called Micheal Knight and more than anything wanted a cool talking car (with turbo boost!). Well the engineers over at BYD had the closest thing to a commercially available Kitt.. well until the stuck in a stupid looking robot!

The BYD 6B, of F3 sedan which it is likely to be called when finally released to the public, is a pretty looking car, no Pontiac Firebird but good looking non the less, and boasts some pretty technically advanced features for a Chinese car including a self developed 1.5 turbo engine and 6 speed gearbox.

But the real wizardry comes in the form of the on board iBYD system which allows owners of the car to control the 6B via a smartphone application!

Hot outside? Don’t worry just turn the air conditioner on via your phone, start your turbo stead at the flick of a app and even talk to your BYD 6B and get the latest news and weather reports read back to your by your very own Chinese Kitt!

How awesome is that! However, before you go running to the nearest BYD dealer to grab your very own piece of talking car awesomeness please be aware that the designers at BYD have decided to stick all that cool stuff in this: 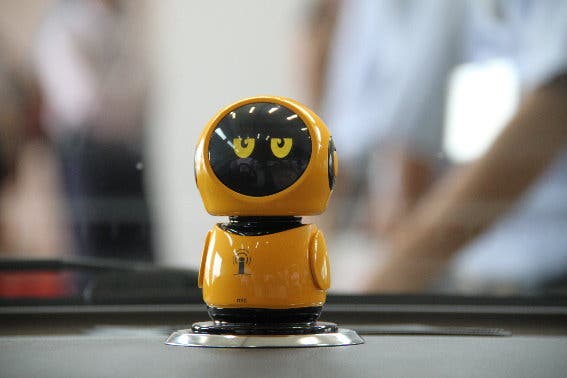 That’s right! What could have been your very own ‘thinking man’ Knight Rider car, has a stupid little robot looking at you from your dashboard!