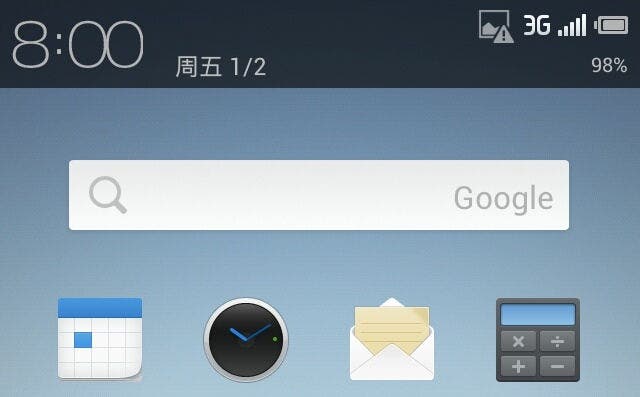 Meizu fans have had a real treat this week, with new low priced reconditions MX and M9 units going on sale, a leaked MIUI rom for the Meizu MX bring released and now today a leak of the new FLyme OS for the Meizu M9, which bring Android ICS 4.0 to the older Meizu phone and can be downloaded now!Now before you all get excited and choose to download this pre release ROM of the Meizu Flyme OS and install it on your M9, be warned that this is a beta and there are a fair few bugs which need to be ironed out.

We installed the Beta Flyme Rom on a spare Meizu M9 earlier this week (video coming soon) to see what the Flyme version of Android ICS is like on the older hardware of the M9.

Like all Meizu ROM’s we’re impressed by the gorgous UI and the speed of ICS on the M9, however we wouldn’t reccomend installing the BETA Flyme if you rely on the M9 as your only phone as a number of key apps and functions aren’t quite stable.

We found that upon installing the camera worked fine however Google Maps, GPS, Google Play and Meizu’s own android market kept crashing. After a restart the Meizu store works but the rest don’t and neither does the camera!

So be warned this leaked version of Flyme OS for the Meizu M9 will bring Android ICS 4.0 to your phone but you will also loose a few functions on the way.