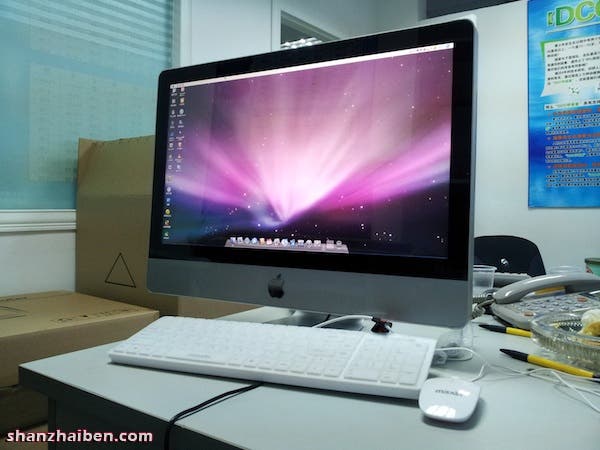 While Apple’s WWDC may have delivered the goods in respects to the new retina display Macbook Pro and the fantastic looking iOS 6, many Mac fans felt disappointed by a lack of a majorly updated Mac Mini, Mac Pro and iMac! We’ll don’t worry Mac fans China’s Shanzhai makers have you covered!

Like most of Apple’s hugely popular products the iPhone, iPod, iPad, Mabook, Macbook Air and Macbook Pro, the all in one iMac has spawned it’s very own knock off or fake market, with small Chinese factories cashing in on producing low cost all in one PC iMac clones.

This knock off iMac is a little different to the clones which have gone before it as it actually features a built in DVD drive just like the genuine machine!

No word on pricing buy we don’t expect this iClone to cost much more than 2000 Yuan or roughly $313!

Next Top 10 Most Amazing iOS 6 Features Hands on!