While we still can’t confirm the release date of some phones, some nice Foxconn employees have been nice enough to shed light (a lot of light) on Xiaomi’s new phone including the MI2 launch date and possible specifications and features.

The Xiaomi MI2 is having a bit of bumpy rumor ride with the original super phone specifications changing to average Chinese phone specs and now back again to the super phone level!

According to reports employees at Foxconn, where Xiaomi make the current M1 and soon to be launch MI2 have been busy snooping around the MI2 assembly line and feeding juicy pieces of information to the Chinese phone and gadget media, and some tasty morsels they have come up with too! 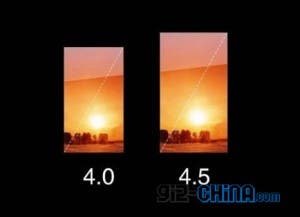 According to the latest leaked details the new Xiaomi phone will be much larger and get a bigger, improved screen over the current Xiaomi M1. However it isn’t yet confirmed just as to what size if screen Xiaomi have opted for on the MI2 with sizes ranging from 4.5 inch to 4.7 inch rumored to be true. The varying screen sizing could be due to the fact Xiaomi have a number of prototype phones in Foxconn and could be using any number of different displays on any number of prototypes! 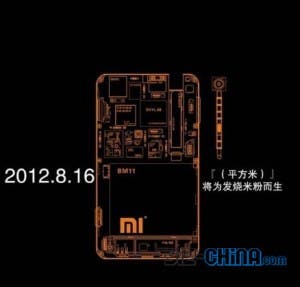 We’re all pretty much agreed as to the fact the new Xiaomi Chinese phone will be a quad-core Android device (or it could possibly run Windows) but we just don’t know which Quad-core chip has been chosen. The favorites however are Nvidia’s Tegra 3 quad-core CPU and the or the  Qualcomm APQ8064. It also isn’t sure just how powerful the 4-core unit will be, however some are suggesting the CPU could be possible of running at 2.5 ghz!

As for RAM everyone seems to be agreeing that the new Xiaomi will only have 1GB RAM which seems a little on the stingy side if the CPU is as powerful as some think.

Another feature everyone is in agreement over is the non replaceable battery in the new Xiaomi, however it could be as small as 1700mAh (the same size as the Meizu MX) or as large as 2100mAh. 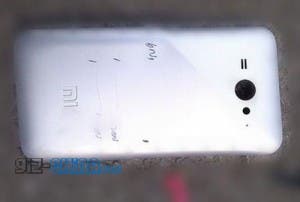 The Windows 8 rumors are back again, joined along with the usual Android Jelly Bean 4.1 reports. I personally believe that Windows is a no go, at least on the MI2, while Jelly Bean will eventually be available it won’t be from launch and rather an updated version of Miui 4.0 based on Ice-cream Sandwich seems more likely. 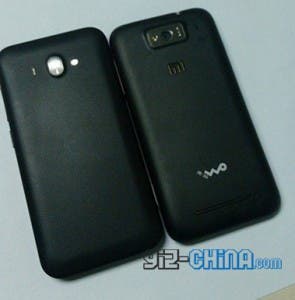 Then there are the other features which might make it on to the new MI2 such as the ability to dual-boot (again I don’t think this is likely) the inclusion of NFC plus a built-in remote control app which will allow users to control all of their household appliances such as their TV, DVD and even air conditioner from the Xiaomi MI2’s large screen.

With the various hardware and feature rumors a number of pricing choices have popped up surrounding the new Xiaomi phone. Most believe the MI2 will cost the same as the current M1 meaning it will be a 1999 Yuan ($315) Quad-core Android phone, while others believe this Chinese phone could cost as much as 2700 Yuan! ($424).

The latest news suggests that Xiaomi will unveil the Xiaomi M2 Quad-core at 10am on August 2nd! Check here for full details!

What do you guy’s think? Is anyone planning to buy the Xiaomi MI2 when it is launched?