As you can all probably see from my latest batch of posts I’m pretty excited about the new Xiaomi M2 quad-core phone, however my excitement has increased ten-fold after receiving these Xiaomi M2 hands on photos!

After yesterday’s launch event in Beijing, lucky Xiaomi fans were able to get a few minuted to play around with Beta version of the actual quad-core Xiaomi M2 phone.

As we posted yesterday some sneaky fans managed to get a brief video of the Xiaomi M2 which you can watch here (use Firefox), while more honest fans just snapped a few Xiaomi M2 hands on photos.

In the photos below we get to see the replaceable battery of the Xiaomi M2 which according to reports will be offered in 2000 mAh and 3000mAh options, along with a couple of colourful Xiaomi M2 cases. There are also a few excellent shots of the Xiaomi M2 compared to the iPhone 4S which give us a great idea of the size of the phone. 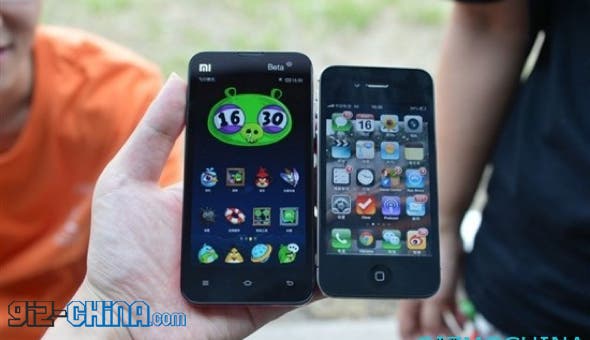 The Xiaomi M2 will be available from October with pre-orders expected to start in September. Prices of the Xiaomi M2 have been confirmed at a super low 1999 Yuan or $313 which is just incredible considering the awesome performance and specification. 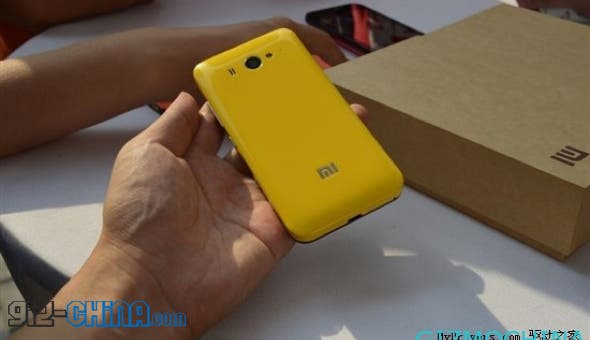 For a full fun down of all the Xiaomi M2 features and specifications, head over to our complete Xiaomi M2 guide here:

Xiaomi M2 full specifications, photos, videos, hands on, everything you need to know!

Next Buyer Beware Knock Off Xiaomi M2 On Sale!