The first time many of us came across the MEOX ‘metal box’ we actually mistook the iPhone 5 wannabe for an actual genuine iPhone 5 prototype! Thankfully however the over-size 4 inch iPod/phone is a Chinese phone and it is on sale now.

The version of the MEOX iPhone 5 wannabe which has gone on sale in China is the single-core MT6575 model, other than the slightly older and less performance orientated CPU it has the same hardware and features as the soon to be released (and likely more popular) dual-core version with boasts the MT6577 CPU.

Chinese phone sites have been getting their first hands on with the single-core MEOX and seem to be impressed with both the design and the features! From the photos here, you can see that the MEOX looks very much the same as the current iPod touch 4 only with a larger 4 inch screen.

Speaking of the screen it is a WVGA IPS unit with a resolution of 800 x 480 from Korean phone maker LG! What’s more MEOX have added some extra protection to the screen by speccing Corning’s popular Gorilla Glass which you can see in action in the video below! 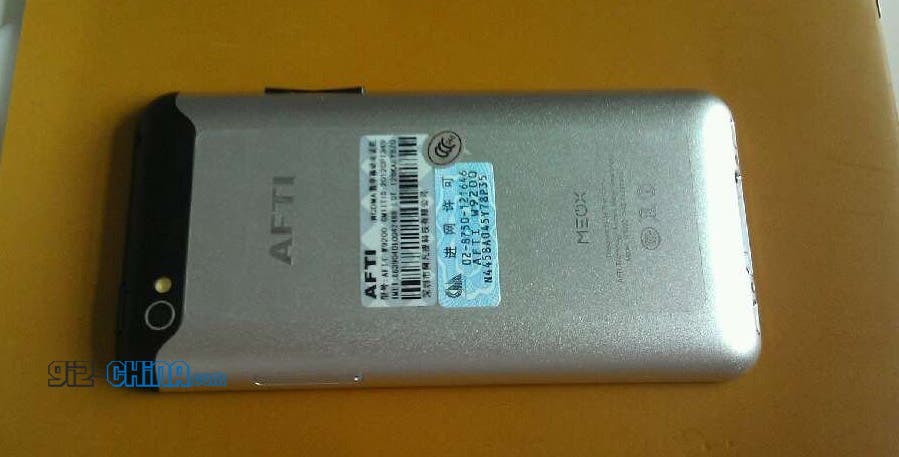 Other highlights of this iPod inspired iPhone 5 clone include the front camera which is a surprising 3 mega-pixel unit, the rear camera is an 8 mega-pixel shooter with LED flash, and the option of 8GB, 16GB or 32GB of built-in memory all squeezed in to the 8.7mm thick alloy body!

OS is Android 4.0 ICS with a great looking iOS user interface which really does give the look and feel of an oversized iPod Touch but with phone and 3G functionality!