The Base base and sides

The base of the phone has a micro USB plug which is used for data transfer and charging, there is also a small hole for the microphone and a space to the right which we can use to lever the back panel of the phone off. 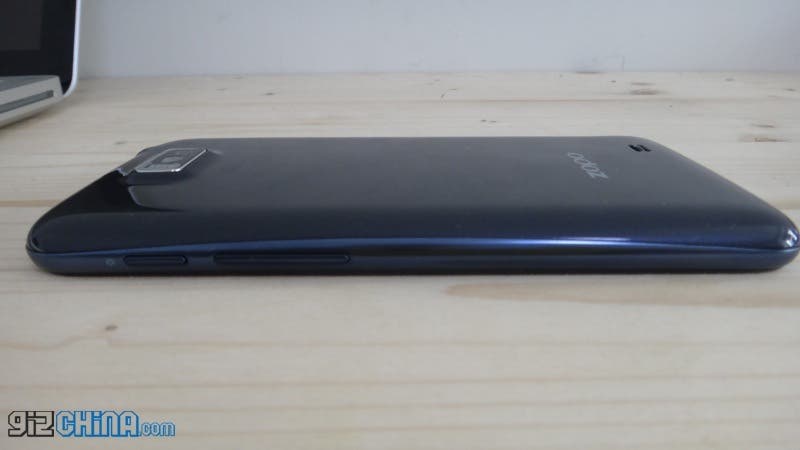 To the right hand side of the Zopo ZP900 leader there are the power buttons along with volume rocker. 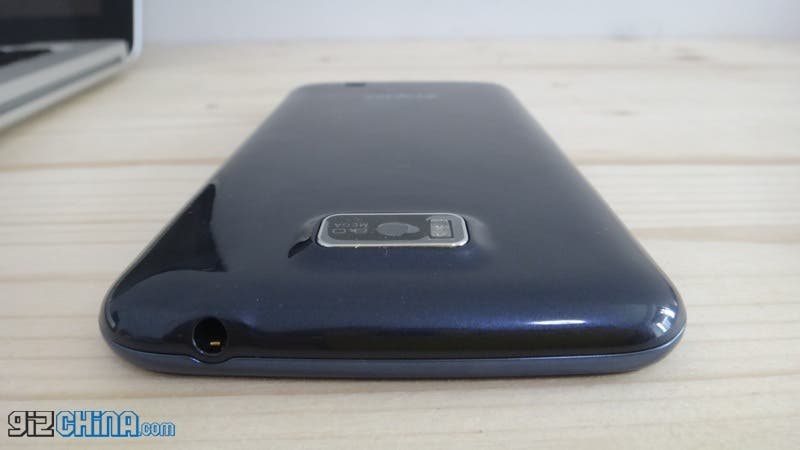 A 3.5mm headphone jack is located in the top, 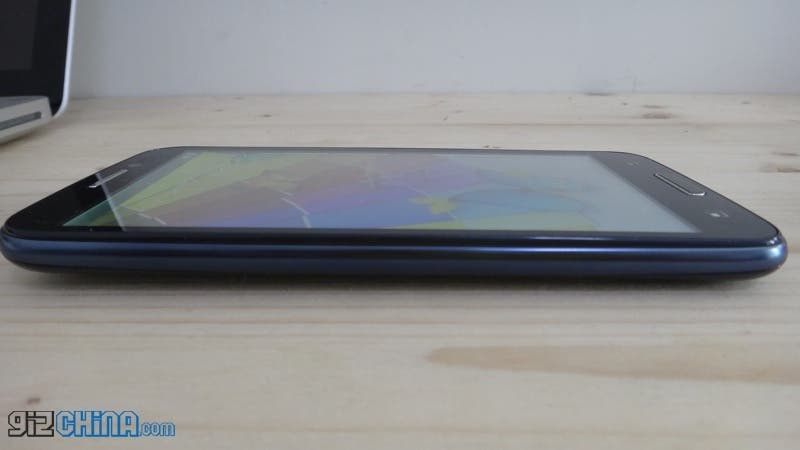 And the left hand side is free from any clutter.

Overall the external appearance of the Zopo ZP900 Leader is understated, calssy, but above all very well made!

Inside the Zopo ZP900 Leader 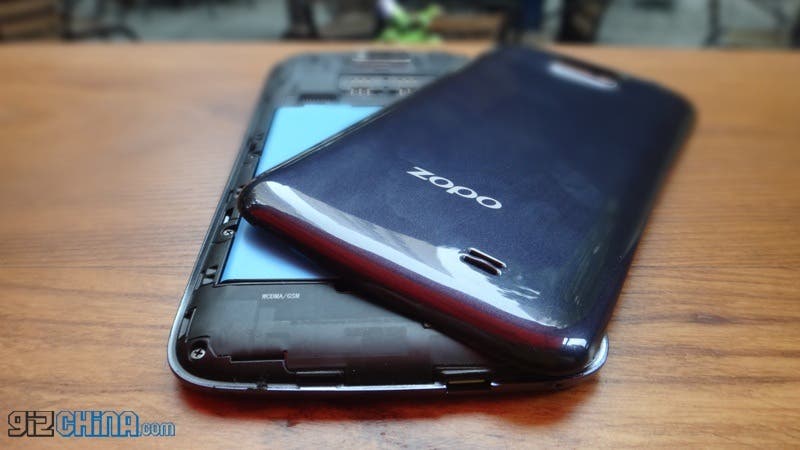 Like many similar sized phones such as the Galaxy note, the rear of the ZP900 is made of a thin flexible plastic which allows the back to be pulled of quite easily. 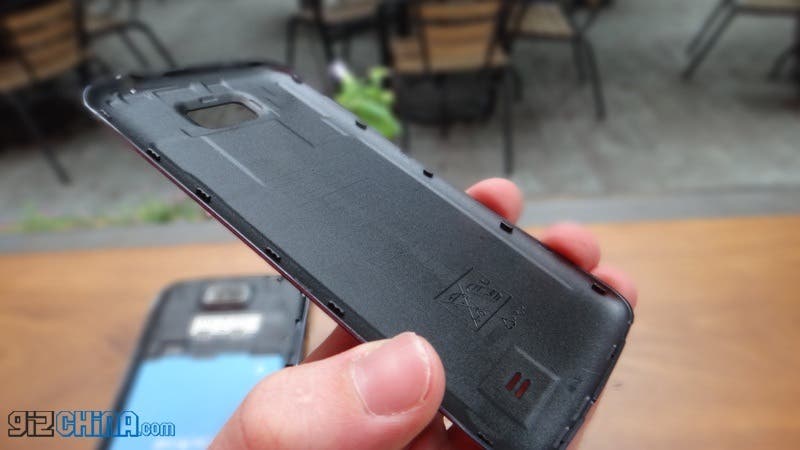 In the case of the Zopo the plastic is forgiving enough to be removed and reattahed with little problem, but noth flexible enough to feel cheap, or feel as though it could snap. 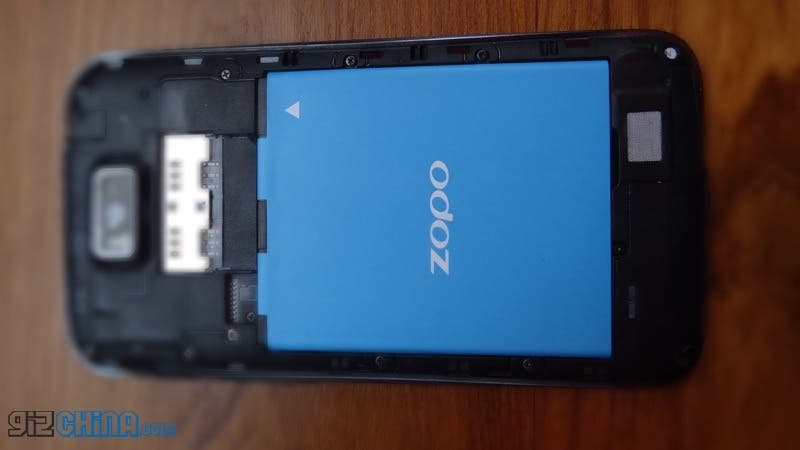 Under the back of the phone we are greeted with the large 2300mAh battery which has seen the ZP900 run a full day of ‘regular’ use with still enough juice left to keep running the next morning! 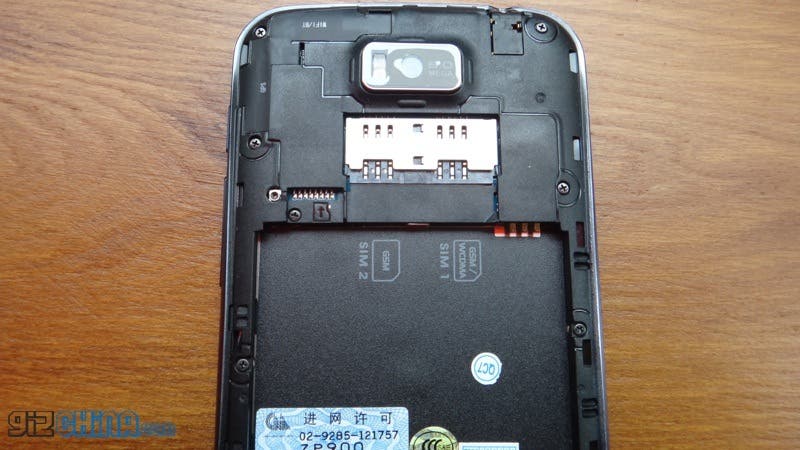 As you can see the Zopo ZP900 Leader is a dual sim phone with spaces for both GSM and WCDMA sim cards.

There is also space for a micro SD card to extend memory. While Zopo claim the ZP900 can handle up to 64GB cards we only had a 32GB card on hand to try and, as you expect, it worked fine.

Previous New iPhone 5 side by side with iPhone 4S

Next GooPhone i5 specification with Apple Logo and iOS 6 theme!