Another Chinese phone pre-order day has passed this time it was Xiaomi’s turn to show the world how fast a product launch should sell out with the Beijing based company selling 200,000 Xiaomi M1s phones in just 9 minutes and 40 seconds!

Quick think of a few things you can do in less than 10 minutes! Personally I can have shower and get dressed, walk down to my car which I have been forced to park in basement car park, and sit in traffic at each red light wishing I had cycled to work! But none of those feats are anywhere near as impressive as what Xiaomi managed today! 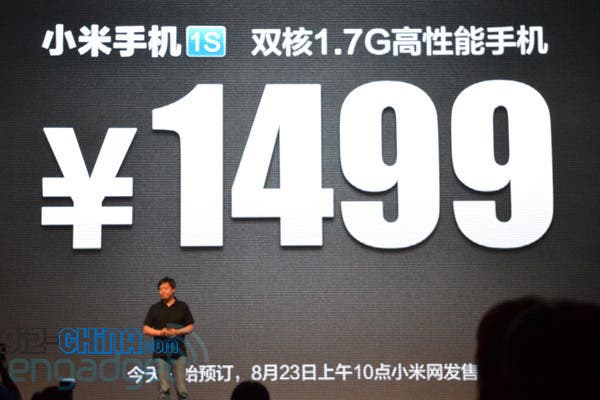 Today Beijing based Xiaomi held another lottery pre-order for customers wanting to get hold of the latest Xiaomi smartphone. As always Xiaomi had only prepared a single production run of 200,000 Xiaomi M1s’ and today they were giving fans the chance to win a chance to buy one!

We’ll I don’t think they bargained on selling all 200,000 Android dual-core Xiaomi M1s phones so quick as no stock signs sprung up after only 9 minutes and 40 seconds!

As you would expect there were many confused shoppers who thought that their must be a problem with the system and plenty of disappointed Xiaomi fans too!

While this is great new for Xiaomi and their shareholders it is rather annoying for the rest of us who would love it if Chinese phone companies would just launch stock in physical stores where we can just go and buy them!

What do you guys think? Do you like the idea of pre-order sales and lottery’s or do you prefer the idea of going in to a store and grabbing the latest Chinese phone (paying for it too of course!)