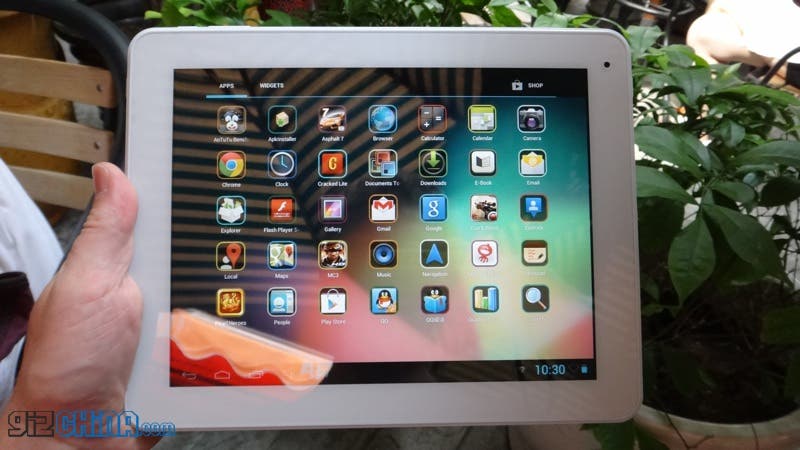 Once turned on the 9.7 inch screen of the Pipo M1 really springs to life! It’s really is an impressive display and offers excellent viewing angles even in bright, direct sunlight. 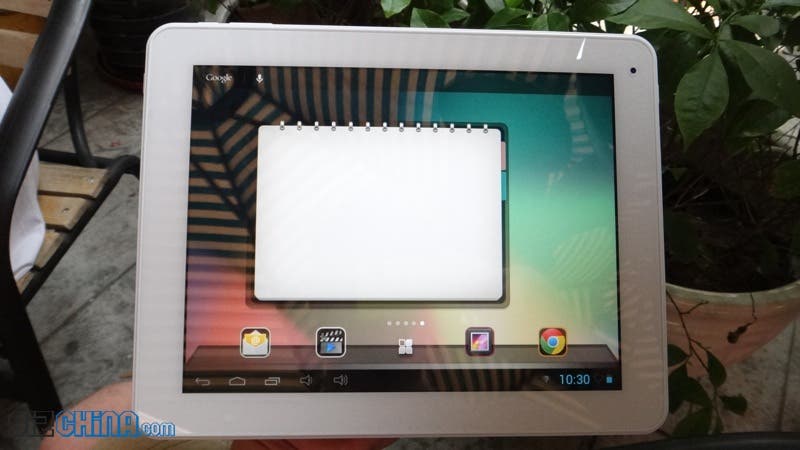 The screen has a resolution of 1024 x 768 and has a maximum viewing radius of 180° thanks to similar IPS technology as found on most modern tablet and phone screens. 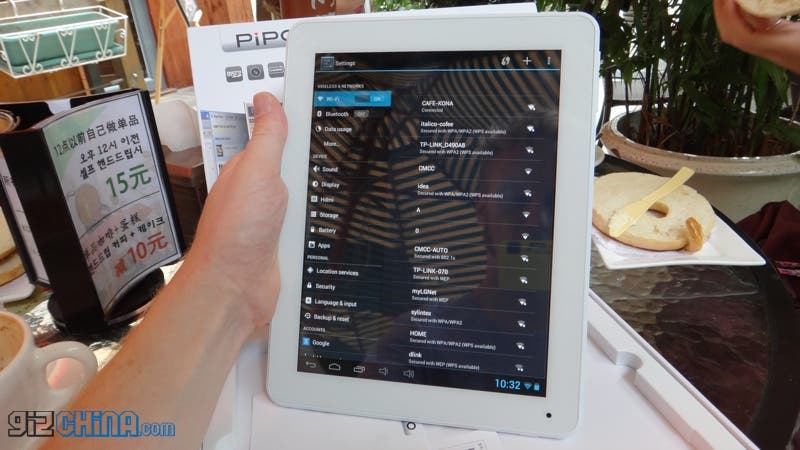 I took the photos of the Pipo at a coffee shop today in the sun, and as you can see even with bright reflections across the screen the content displayed is still easily visible!

Under the good-looking and rather lightweight body the Pipo M1 has some serious hardware which manages to have this low-cost Chinese tablet opening apps, stream video and browse the internet with very little effort. 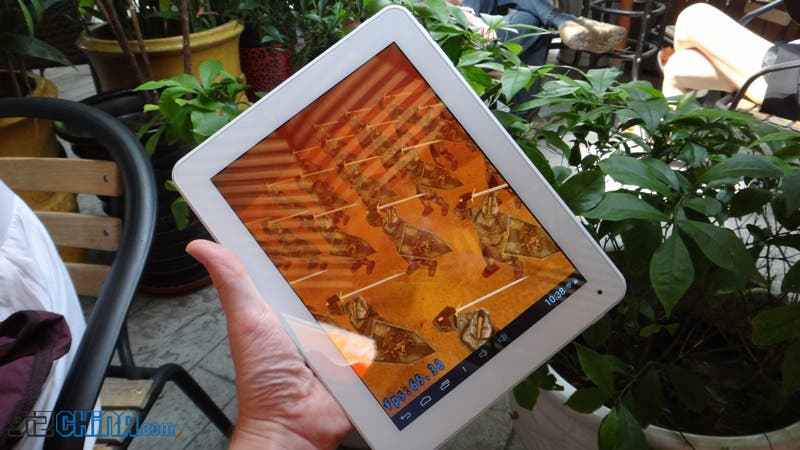 At the heart of the M1 is a dual-core Rockchips RK3066 CPU which runs at a staggering 1.6ghz! With the dual-core processor humming along at that rate Pipo haven given the M1 1GB DDR3 RAM and a Mali 400 GPU so that the Pipo tablet copes very well with pretty much anything you throw at it.

I ran Quadrant and Antutu benchmarks while at the coffee shop to which once completed yielded impressive results! 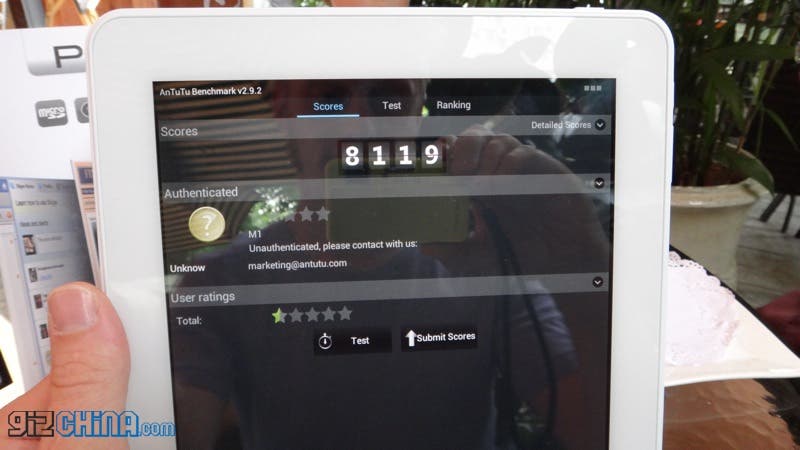 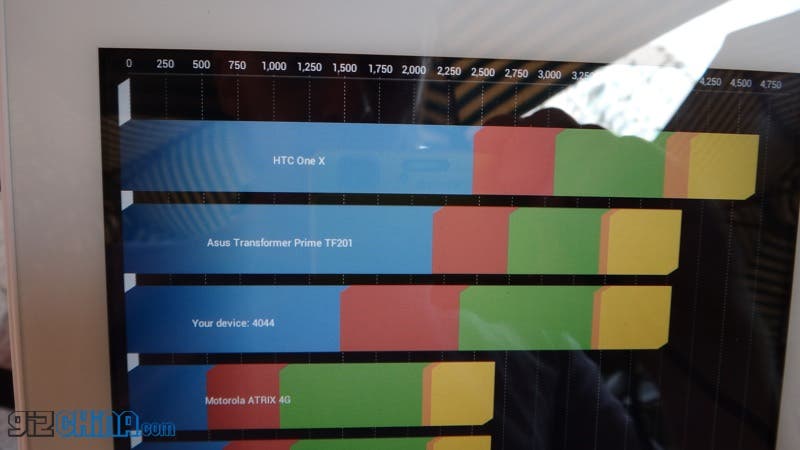 And managed a respectable 4044 on the Quadrant test. 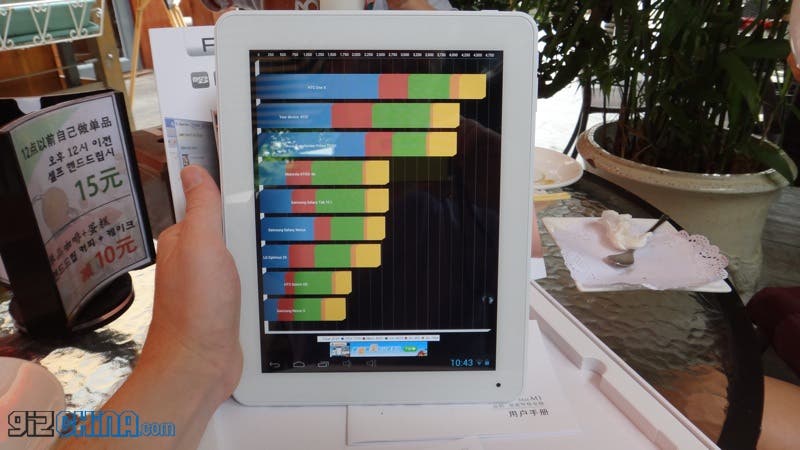 Android 4.1.1 Jelly Bean comes as standard on the Pipo M1 tablet which runs like a hot knife through butter, whist sliding down a velvet waterfall!

Previous If I was a Foxconn intern I would have stolen this iPad mini shell and sold it for $6k!