Chinese search giant Qihoo have teamed up with Chinese phone manufacturer Amoi to launch, what could be, the world’s cheapest quad-core Tegra 3  powered phone on the market the Amoi Neptune V5! And it will be officially launched later today!

Qihoo are on of China’s largest search engine companies and they have decided to get in to the mobile phone game by partnering up with Amoi. The two companies have worked together to produce an all new quad-core phone which could very well be the world’s cheapest Tegra 3 powered phone!

Known as both the Qihoo Deovo and Amoi Neptune V5 the new low-cost quad-core phone will be officially launched today in China and will be on sale after launch, thus beating Xiaomi’s quad-core M2 to market which could be an important and timely move by Qihoo! 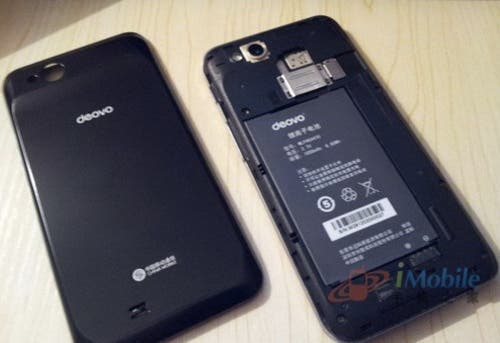 Not only does the Qihoo Amoi Neptune V5 feature a powerful 1.5ghz Quad-core Nvidia Tegra 3 CPU, but also a generous 1GB RAM, 16GB of onboard storage and impressive camera’s with the rear being an 8 mega-pixel unit!

Qihoo will be launching the V5 on China Mobile meaning it is going to be a TD-SCDMA 3G phone and won’t be compatible with China Unicom, and will be priced at an incredibly low 1498 Yuan ($237).

Next Ramos W30HD Quad-core tablet to be launched tomorrow!