There are more and more dual-core MT6577 phones arriving on the Chinese market than we can shake a stick at and many of them are coming in XXL 6 inch phablet sizes! Here is the latest monster phone named the Mimi Pad3 which is on sale for $200!

While it is apparent that 6 inch phablet devices are becoming hugely popular, I personally won’t be convinced by them until the screen resolution increases considerably and unfortunately that goes for the Mimi Pad3 too.

Despite having a great looking design, good price and a powerful dual-core CPU I can’t get past that this  6 inch phone has a resolution of just 800 X 480! I’m sure some users won’t be put off by this and will throughly enjoy the Mimi Pad3 as a convenient phablet device, but for myself I’m far from sold on the idea. 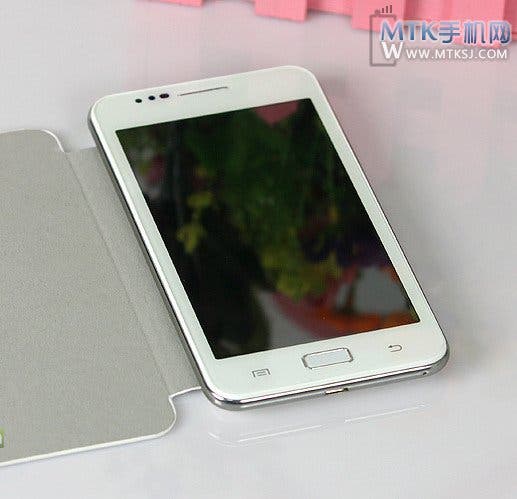 If, however you can get past the low resolution screen, the Mimi Pad3 phablet does offer a pretty good specifiation which includes a dual-core MT6577 CPU, 3000mAh battery, Android 4.0 OS and a micro SD card reader in case the 4GB of onboard memory isn’t enough.

Oh and it comes with a rather pitiful 512mb RAM! Who is this phablet aimed at?