Pipo have made a name for themselves producing great Android tablets with the latest Android OS, high performance specs and keeping everything at a great low price. But if you though the current Pipo tablets look good take a look at what the Chinese brand has planned for next year!

Shown of at the Hong Kong Electronics fair these new Pipo tablets look amazing! While the current tablet are great performing devices they are far from being the most attractive, but that is all going to change for 2013!

As well as launching a 9.7 inch Retina tablet next year, Pipo will also launch a couple of 8 inch devices along with 3 very attractive 7 inch tablets. 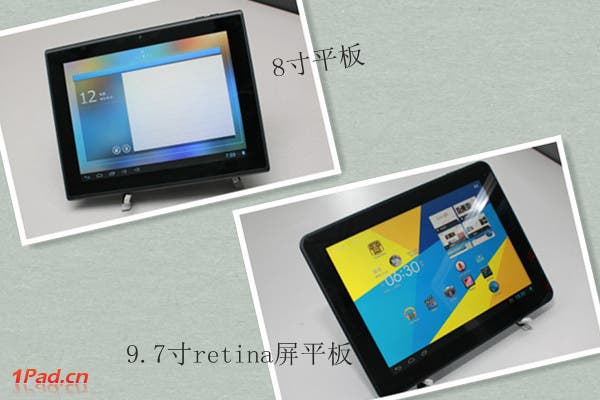 It’s the 7 inch Pipo tablet’s which have caught my attention though as they feature one of the most original and non-iPad designs I have come across in a long while, and could be exactly what Pipo needs to gain international attention.

There are no details as to the specifications and pricing but judging from Pipo’s current method of making great tablets expect the latest Android OS and the choices of either dual and quad-core CPU’s in these new 2013 Pipo tablets.