Last time the claimed specs of the all new quad-core Newman N2 Android phone we saw some pretty impressive details including a 13MP camera and Samsung Exynos quad-core CPU! We’ll it seems those specs were in fact accurate and the Newman N2 looks set to be one hell of a Chinese phone!

According to the latest details from the Newman forum the Newman N2 could launch as soon as the 23rd October and is coming equipped with a specification and design which could in fact rival the almighty Xiaomi M2 quad-core phone (which will go on sale on the 18th October!).

While most of  what we reported about the Newman N2 previously seems to be accurate there are a few slight differences between what was leaked earlier and what now is being reported as the official specification. 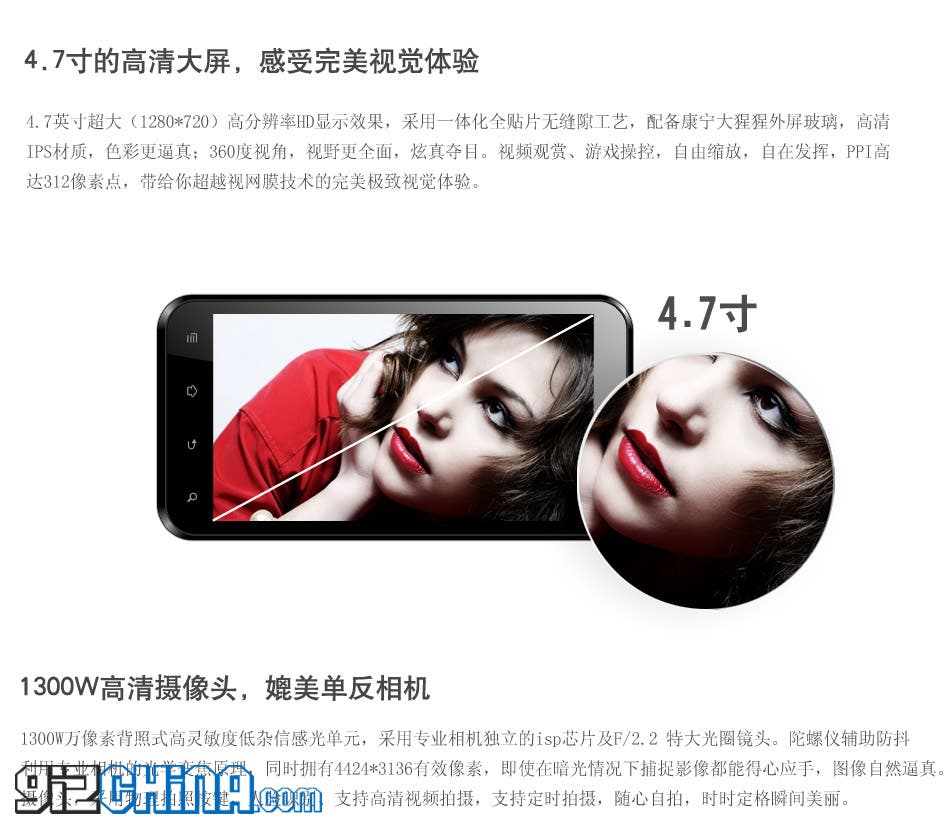 Reports that the rear camera is to be a 13 mega-pixel unit seem correct, but the screen size and the CPU speed look to have been a little off, but the news is still good!

Originally it was reported the Newman N2 quad-core would be getting a 4.5 inch screen, however it looks as though the display will be a larger 4.7 inch unit with 1280 x 720 resolution.

The CPU remains a quad-core Samsung Exynos 4412 chip but rather than running at 1.5 Ghz will be clocked at a slightly slower, but more energy-efficient 1.4 GHZ.

More highlights include a 2 mega-pixel front camera and 1080 playback and capture from both cameras! Pricing has yet to be set but expect to pay 1999 Yuan + ($317+) once the Newman N2 is launched.