Phone manufacturers are seeming listening to all phone users and are now expanding their ranges to include devices which aren’t just performance driven but rather designed to last as long as possible on a single charge. The latest to move in this direction is Leovno with their Lenovo P770 with 3500mAh battery.

According to specifications of the Lenovo P770 which accompanied these spy photos the phone will come equipped with a dual-core MediaTek MT6577 1.2Ghz CPU, 1GB RAM, 4.5 inch 960 x 540 display and an 8 mega-pixel camera around the back.

Android 4.1 Jelly Bean will be making an appearance on the Lenovo P770 too, but whether as an updated or as the original firmware we do not yet know. 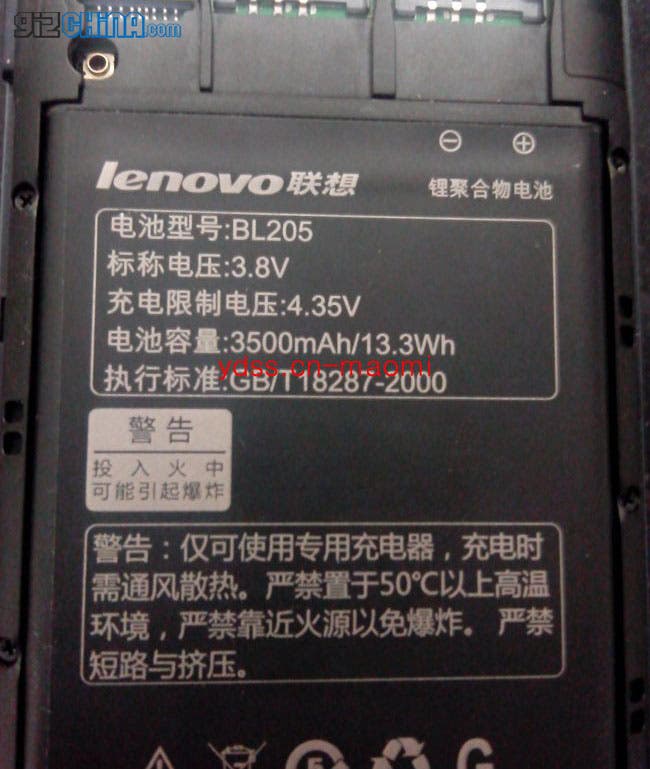 However, it is the battery on the P770 which is bound to grab most people’s attention as with a 3500mAh unit the P770 could conceivably last 2 days on a possible charge, and if rumors of 4160mah battery are true you could be enjoying two days of heavy gaming and web browsing possibly making it one of the best phones for battery life available!

Next Update:Is this the Xiaomi TV? more leaked photos