The 5-inch 1080 Nubia Z5 phone from Chinese phone giant ZTE, is one of the first in the new breed of flagship phone, but what does it look like when up close and personal? Find out with these Nubia Z5 hands on photos.

There is a lot of excitement surrounding the new wave of flagship phones from China, and looking at the hardware and features they have to offer when compared to other manufacturers it’s easy to see why. But it’s not all about the specs and benchmarks, as phones like the Nubia Z5 manage to be pretty great looking too!

All photos here and more can be seen over at mobile.it168.com 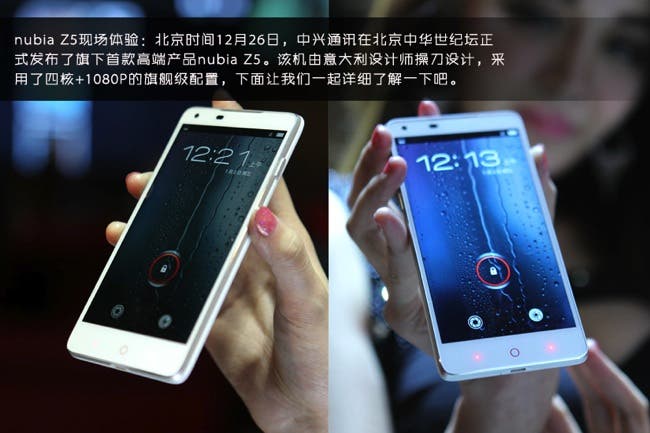 The Nubia Z5 was officially unveiled on the 26th December and will go on sale later this month for around 3500 Yuan ($561). When officially announced it appeared the Z5 was only going to be on sale in China, however recent news suggests the 5-inch phone could be on show at CES later in the month and may see go to market elsewhere. 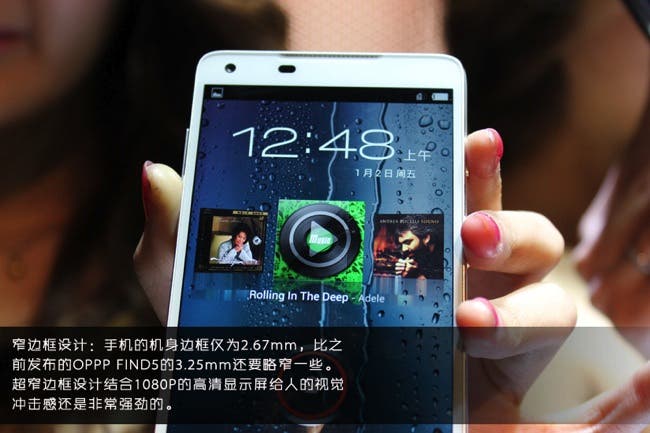 From the exterior we can see that ZTE’s design team have been listening to recent trends and have given the alloy bodied phone a 5-inch 1080 display with super thin 2.67mm bezel edges. This is a trend which Meizu started with the 4.4-inch MX2, and was also seen on the 5-inch Oppo Find 5, however the bezel on the Oppo measures in at wider 3.25mm. 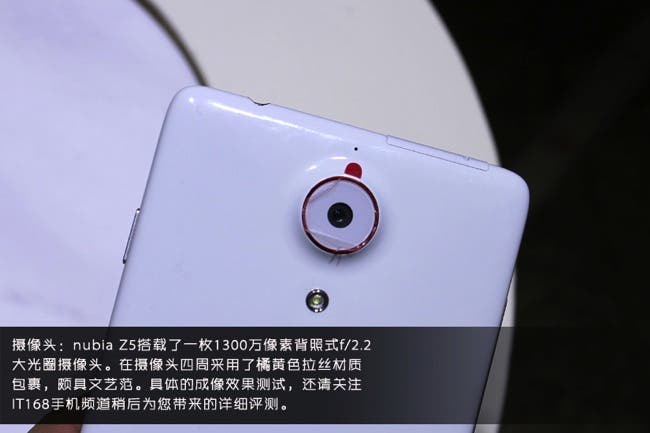 While we are comparing the Z5 with the Find 5, the rear of the Nubia receives a 13 mega-pixel, f2/2 aperture rear camera, which could be the same Sony Exymor Pro sensor found on the Oppo which is capable of capturing 100 photos in 5 seconds and recording HD video at 120fps!

One area of design of the Nubia Z5 which some commenters have criticised on is the capacitive home button which features a round red circle, and is not all that different in looks to the home button found on iOS devices. It personally doesn’t bother me too much, but it would have been nice to see a more unique design to suit the overall uniqueness of the Nubia. 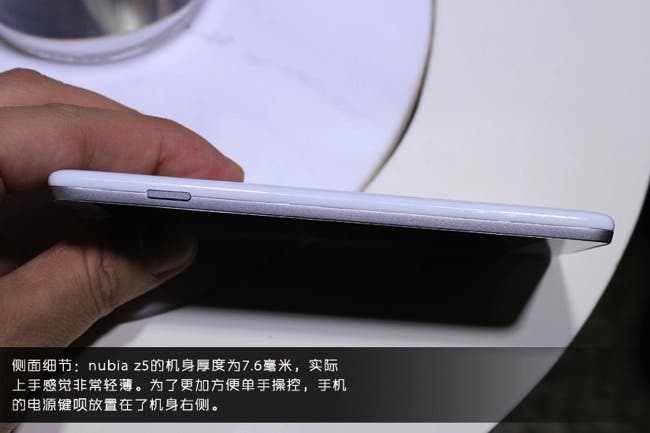 Another trend the Nubia follows is with creating a device as thin as possible and they’ve done quite a good job with the Z5 as it measures in at just 7.6mm with the a powder coated alloy body (a titanium bodied version will also be available, which might be slightly thinner). 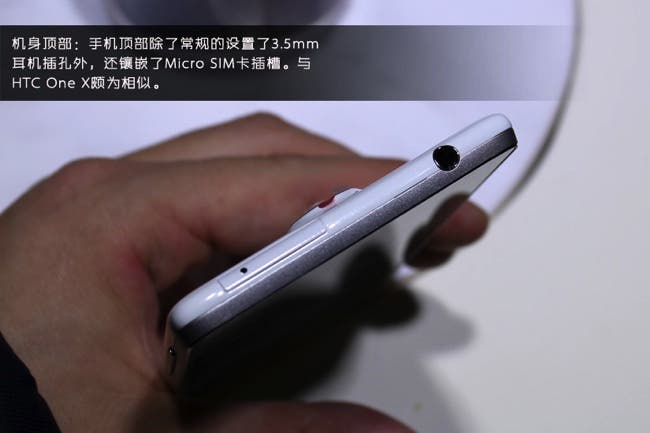 Other design features the Nubia Z5 boasts are a micro SIM card and 1920 x 1080 OGS display to keep bulk down, rear external stereo speakers, front facing camera and a micro USB port for charging on and data transfer.

As for the internal specifications, a Qualcomm S4 1,5Ghz quad-core processor and 2GB RAM run Android 4.1 Jelly Bean, which should hopefully produce some impressive benchmarks as the similar set up in the Xiaomi M2 has managed.

I hope to get some hands on time with the Nubia Z5 in the near future, so keep posted for more updates!

Next Huawei Ascend P1 goes on sale in U.S