There are literally hundreds of great Android phones on the market today, and with more launching daily it can become difficult when trying to choose one. Today, I’m going to take a look at 3 popular models to help find the best for your needs.

The three phones I’ve decided to focus on for this write up are the THL W7, Newman N2 and the Huawei Honor 2. Each phone has it’s own unique characteristics and each comes at a different price point, but which is best for you? 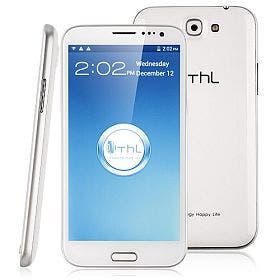 The THL W7 is one of the new breed of large screen phablet phones, and we mean large! This device offers users a huge 5.7-inch screen with 720HD resolution making it perfect for viewing documents, watching movies and share photos with friends.

Another standout feature for the W7 is the dual-core MT6577 processor which enables the phone to have dual-sim support.

With dual-sim support and the large screen, the THL would be perfect for those who like to mix business with pleasure and allowing you to carry just one phone but have quick access to your personal and business phone contact.

As with similar MT6577 phones, the THL W7 has an 8-mega-pixel rear camera, 4GB of memory, SD card readers and an impressive 3.2 mega-pixel front camera.

Who do we recommend the THL W7 for?

The THL W7 would be perfect for business people, or those with an active social life and like to be on the go. 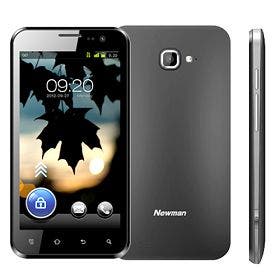 If the large screen of the THL W7 is too much for you, and you prefer a little more horsepower in your phone, you might want to take a look at the Newman N2.

The N2 is the successor the N1 and as such features some important upgrades including a quad-core Samsung Exynos 4412 CPU, 13 mega-pixel rear camera and 4,7-inch 1280 x 720 display.

While the screen is smaller than the one found on the THL, the resolution is the same, meaning movies, photos and documents will look just as good, plus the 4.7-inch display should be big enough to do some on the go editing.

But its the extra power the Newman has to offer plus the updated 13 mega-pixel camera which make the N2 such an interesting phone.

Who do we recommend the Newman N2 for?

Gamers and those of you who love to take photos while on the go. The powerful Samsung CPU can handle even the most graphic intensive games, while the excellent rear camera mean you will never miss a photo opportunity. 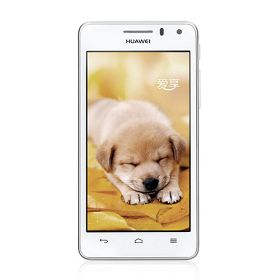 You might think the Huawei Honor 2 is a bit dated now that the new Ascend D2 has been announced, but not everyone requires a 5-inch display and some users actually prefer the 4.5-inch size of the Honor 2.

The Huawei Honor 2 is the only phone here from an internationally recognised company, and with that you do get some peace of mind, you also are more likely to get frequent updates for the Huawei too which actually ships with Android 4.1 Jelly Bean.

Like the Newman N2, the Huawei Honor 2 comes with a quad-core CPU, but this time a CPU developed by Huawei themselves, meaning they have been able to make the phone and CPU work efficiently together with Jelly Bean.

Who do we recommend the Huawei Honor 2 for?

With the addition of more RAM we again suggest the Huawei to anyone big in to gaming, but with the self developed hardware and big name brand we also recommend the Huawei to those happy to spend a little extra for peace of mind.

What are your recommendations?

Are their any Chinese phones on sale now which you would recommend? Which do you own and what do you use them for? Let us know in the comments section below.

Next MIUI celebrates 10 million users with the Miuilove campaign