The Huawei Ascend G510 first graced our pages at the start of December, where we learnt the new 4.5-inch phone would be sporting a Qualcomm CPU, but recent news from a Huawei event in the Czech Republic claims differently.

The Ascend G510 looks set to become Huawei’s low-cost offering for customers wanting the looks of an Ascend D2 but without the high price tag. When we first got wind of the phone, sources claimed it would go on sale with a dual-core Qualcomm chip, but it seems details have changed.

These photos of the G510 were taken at a recent Huawei event where the phone was announced to have a dual-core Mediatek MT6577 CPU with a PowerVR SGX532 GPU and 512mb RAM. 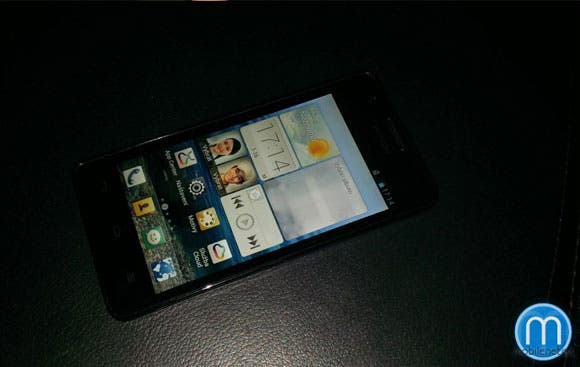 Judging by the specifications we can assume the G510 will be Huawei’s entry-level Ascend phone, with prices of around 1000 Yuan ($160) or less being reasonable.