After careful consideration and taking on board your comments and suggestions, I finally took the plunge and bought a new Chinese phone yesterday and I couldn’t be happier! So which Chinese phone did I choose? Meizu Mx2, Xiaomi M2 or The Oppo Find 5?

I really had my heart set on all 3 phones and believe I would be equally happy with any of the 3 I had short listed, but unfortunately there can only be one. But before I tell you which phone I bought and my reasons for doing so, I’ll quickly go over why it was these 3 phones and not others I wanted.

First of all each of the 3 phones I chose were within my budget. I didn’t fancy splashing my cash on something like the ZTE Grand S or Nubia Z5 considering they don’t really offer much more in the way of hardware or value for money over the Oppo, Xiaomi and Meizu. 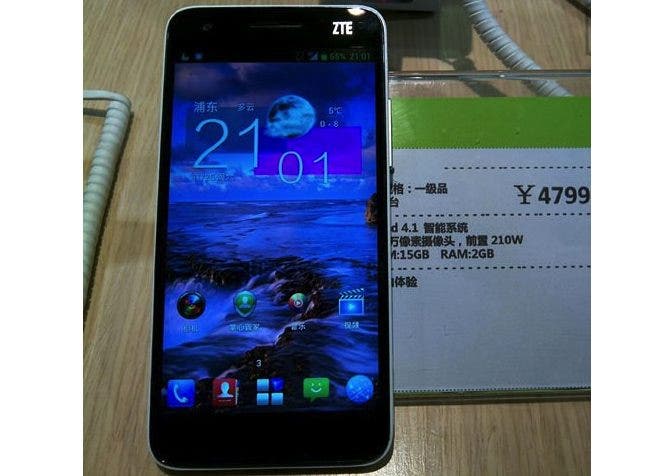 I didn’t choose an MT6589 phone due to the fact I didn’t want to wait for a few months for them to start shipping, and the longer I wait the larger the selection will have become and my choice would become increasingly difficult (I don’t envy you guys choosing between the JiaYu G4, Umi X2, Sheng X7 and others as they all look truly breath-taking!).

So with that in mind I settled on either the Oppo Find 5, Xiaomi M2 and Meizu MX2. All of which, in my opinion, offer amazing value for money, and come from manufacturers with proven track records and are committed to continued updates.

It came as no surprise to me that the Oppo Find 5 came out on top of the Poll, with the Xiaomi M2 coming second and Meizu Mx2 a close third.

Your comments were greatly valuable too, but with everyone offering valid arguments for and against various phones I found myself switching and changing, and even considering a 4th phone, the Huawei Honor 2!

In the end I still wasn’t sure which to buy, so I made the decision to head to the phone market, have one last play around with each phone, then bite the bullet and buy the phone which I liked the most.

However their was a problem with this! The Oppo Find 5 only launched yesterday and rather being available across China, only launched in Shenzhen and larger cities including Beijing and Shanghai! Undeterred I set out in the hopes I would get my hands on a sample phone to at least test to help with my decision.

First stop was the Meizu store. There are actually 3 Meizu stores locally, all of which have the latest MX2 in stock (since launch) and each store has plenty of display models for you to play with before parting with your money (Oppo please take note). 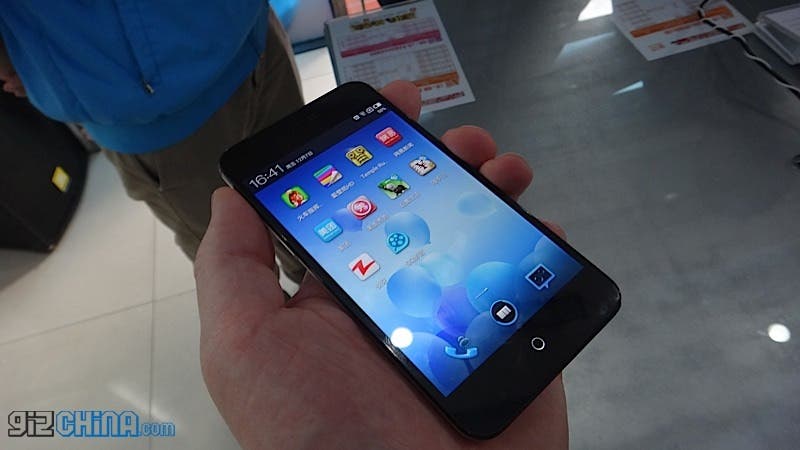 The MX2 has a number of features which I love. It offers a great design, I like the Flyme ROM, I have grown to really like the on-screen navigation which Meizu call a smart bar and the overall quality of construction is second to none.

But there were also a few concerns. I had heard users complain of overheating, the battery life has been reported as extremely poor, and a number of reviews had mentioned random slowing down and crashing.

I’ve suffered first hand from all of these issues with a Meizu M9, and after testing the dual-core MX last year and getting an early hands on with the MX2 last year, I can confirm that these problems are still present, but no where near as serious as before.

Unfortunately for Meizu though the sample MX2’s at the store failed to impress. One model refused to open apps which I often use such as Wechat, and the other suffered from extreme lag when using the camera (a good camera is paramount to me). 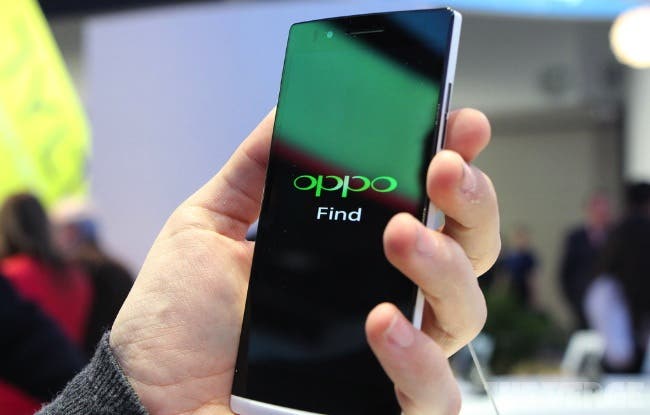 Low and behold I wasn’t able to locate a single Oppo stockist which had a demo Find 5 to get my hands on (our test unit should be here soon but I just couldn’t wait). Thankfully I have my sources, and after a quick QQ chat with a contact in Shenzhen had what I needed to know.

For someone only to concentrate on the bad, speaks volumes for the phone. No mention of the performance, the viewing angles of the 5-inch 1080 display, or how well the 13 mega-pixel Sony Exymor rear camera is, just a simple “Ok” and “the UI is crap”.

I’ll wait for my own hands on before contemplating spending my hard-earned cash on an OK phone with crap UI. 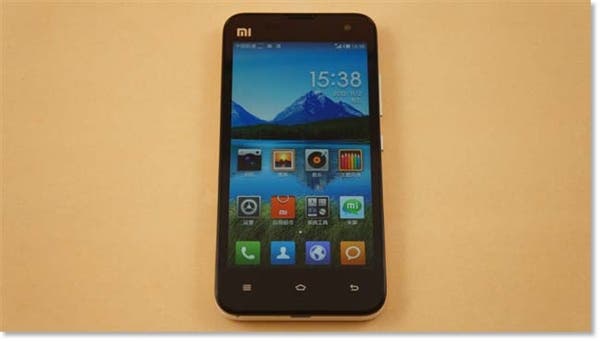 So that left me with the Xiaomi M2. I’ve played around with M2’s owned by friends and knew that the local phone market had a good stock of them, plus it is the cheapest of all 3 of my choices, but is there anything really that amazing about the M2 which would have me choose it over the other phones?

As a matter of fact yes:

From personal experience with the M2 I knew that it offered fantastic performance, a beautiful 720p screen (we don’t all need 1080) and one of the best 8 mega-pixel rear sensors in the business!

From the various reviews I had read everyone seemed to agree that the Xiaomi M2 was a bargain to good too be missed. Not one review highlighted areas of concern which might put me off, plus features from the camera, to speed and battery life were all commended!

Both cameras on the M2 are really quality pieces of kit, but as I’m not one for taking photos of myself it’s the 8 mega-pixel rear camera which stands out to me. Not only is the image sensor the same found in the much more expensive Samsung Galaxy S3, but the software has been optimised for capturing great photos time and time again as fast as it possibly can.

If you have ever taken a HDR photo with an iPhone 4S or even the iPhone 5 you will know that the time to save the image can be a good few seconds. The M2 on the other hand captures the photos and spits it in to the internal memory in no time at all!

Although the M2 is the cheapest phone of the 3, it packs the same Qualcomm S4 Pro as the more expensive Oppo Find 5 plus it has 2GB of RAM too! This results in super fast operation with no notable slowdown what-so-ever (take note Meizu).

I’ve not ran any tests of my own yet, but after seeing what the phone is capable of from reports around the web I know it is capable of some serious benchmarks.

Xiaomi’s MIUI ROM is super customisable. Everything about the ROM can be tweaked from the settings, and new themes are available from the built-in theme store. 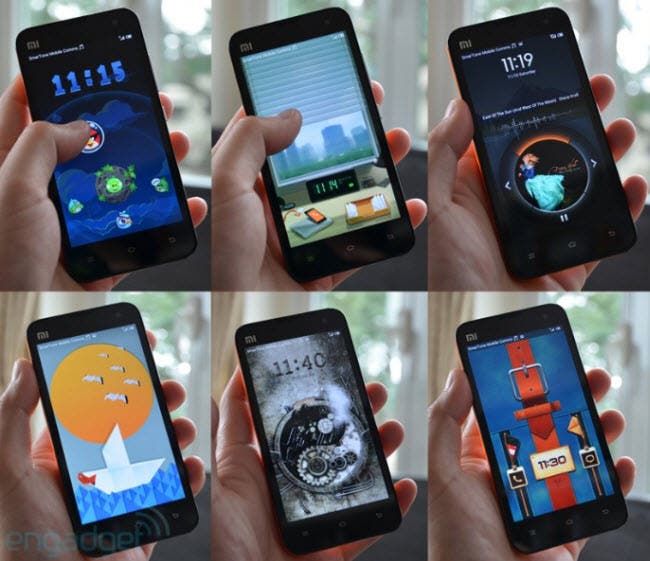 But more than that is the fact that the M2 actually packs two areas for ROM installation meaning you can easily install a custom ROM on the M2 and switch back to the original ROM whenever you like.

There is even a stock version of Android 4.1.1 Jelly Bean available as an official Xiaomi ROM! meaning you can turn your Xiaomi M2 in to a budget Nexus device and still enjoy official support from Xiaomi and MIUI!

I’ve not had the phone for a day yet, so there is still chance I could regret my decision and there will be a cheap M2 on Taobao soon, but from my first day with the phone (and previous hands-on time) I don’t think that is likely!

I plan to write a full review of the M2 soon, and be sure to check out the comparisons between my own M2 and the Oppo Find 5 when we receive our test unit.

What do you guys think? Would you have made the same decision?