After a couple of false starts, Zopo have finally announced details of their quad-core MT6589 Android smartphones for the first half of 2013!

We’ve waited a long time to see what Zopo were planning to bring to the quad-core MT6589 table, but has the wait been worth it? New details have emerged that Zopo have 3 Mediatek MT6589 quad-core phones in the pipeline for 2013, but rather than being all new models they are refreshed versions of current models.

The Zopo ZP810 is an updated version of the Zopo ZP800 Libero HD, and as you would expect features the same 5-inch display as the current dual-core model. There is also still 1GB RAM, 4GB memory and rear 8 mega-pixel camera, but the inclusion of the MT6589 should boost performance.

As you can probably guess, the ZP910 is the quad-core update of the MT6577 equipped ZP900 phablet which we reviewed last year. Again the specs are the same as the current model but with a quad-core retro-fit.

Last but not least is the ZP950+, the MT6589 quad-core version of the 5.7-inch Zopo phablet which launched a few months ago! 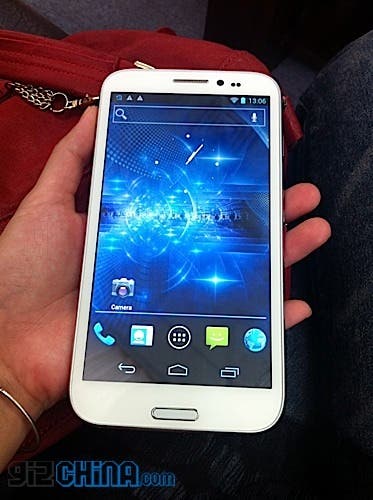 From what we know of previous Zopo updates, we imagine that their will be little difference in pricing between these updated models and the current dual-core options. We have no firm release date yet, but sources claim that each of the new phones will go on sale my early March.