After months of speculation and a few disappointing phone launches, news of Zopo’s quad-core MT6589 phones is finally flooding in thick and fast! Yesterday we reported on 3 new quad-core Zopo updates and also a mystery quad-core phone, today thanks to reader Rafy we have a couple of spy photos of the ZP810 complete with Antutu benchmarks.

As we reported yesterday, the Zopo ZP810 is Zopo’s 5-inch, MT6589 phone and will feature 1GB RAM, 4GB of built in memory, SD card slot and dual-sim stand-by. From these leaked photos we can see that the Antutu scores are spot on for a quad-core MTK phone  as the ZP810 manages 12829. 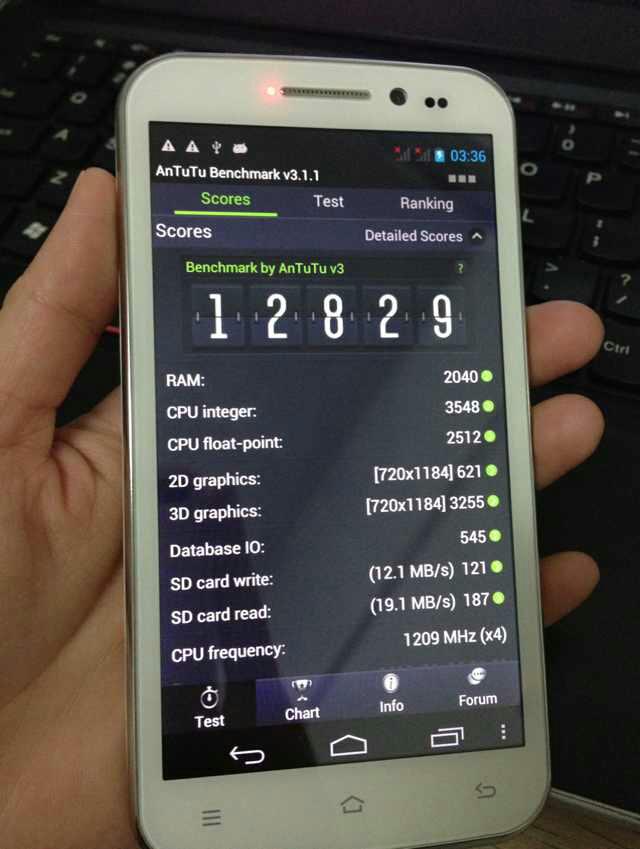 The design of the ZP810 is more oblong than previous Zopo phablets, and all navigation buttons are capacitive rather than the Samsung style physical home button found on the ZP900 and ZP950 phones.

No firm launch or pricing details as yet so keep posted.

Previous Huawei Ascend W1 turns up at the FCC