Is the GooPad mini real was it all just an elaborate hoax? These are questions we were beginning to ask until these GooPad mini spy photos turned up!

The GooPad mini has been the stuff of legends ever since it was announced last year. The $99 Android tablet, could be the perfect answer for those who like the style of Apple’s tiny tablet, but don’t want to pay the high price.

While we still don’t know when the GooPad Mini will go on sale, or if it will still cost just $99 what we do know is that the iPad Mini clone looks to be real and appears to be finally on the way!

These spy photos show a prototype sample of the GooPad Mini running a heavily customised version of Android with iOS skin. The ROM looks similar to the phone found on the GooPhone i5 and lists functions such as Siri and iTunes Sync, although we doubt they will actually work! 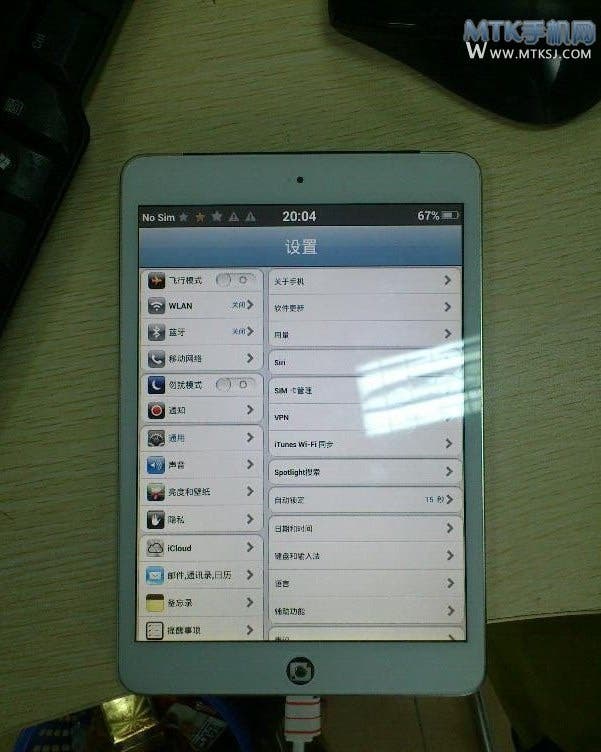 Along with the photos it has been uncovered that the GooPad mini will run a dual-core Mediatek MT6577 processor, giving the device 3G, GPS, and dual-sim stand-by! You could actually use this as a phone if you really wanted to!

Next ZTE to produce first Tegra 4 smartphones later this year!