Don’t think that the $160 iOcean X7 quad-core, 1080 phone with 13 mega-pixel camera is cheap enough? Then you will be happy to learn that an even cheaper ‘Youth Edition” is in the works too!

If you have been following the Chinese phone industry over the past year, you will have come across a number of manufacturers who offer slightly downgraded versions of their phones at discounted prices. The idea began with Xiaomi’s M1 Youth edition which offered lower camera specs and performance at a price cash strapped students can afford, and now a number of brands are doing it.

One of those brands is iOcean (Ou Sheng) who have just revealed that they are working on a “Youth Version” of the upcoming X7. From a design stand-point the phone looks identical to the “Premium” version, but a quick look at the specs unveils a few key differences.

The X7 “Youth Edition” will still get a quad-core MT6589 processor, but with only 1GB RAM rather than 2GB. The screen size remains 5-inch with a 1920 x 1080 display, as readers have pointed out the resolution is listed as 1080 x 1824 here is due to the on-screen navigation buttons (Thanks Guy’s!)  and camera are 8 mega-pixel rear, 2 mega-pixel front! In fact these are still pretty good specs even if they were to sell the phone at the full 999 Yuan ($160)!

Official pricing and launch dates are yet to come, but here is a screenshot of the phone’s hardware for you to take a look at! 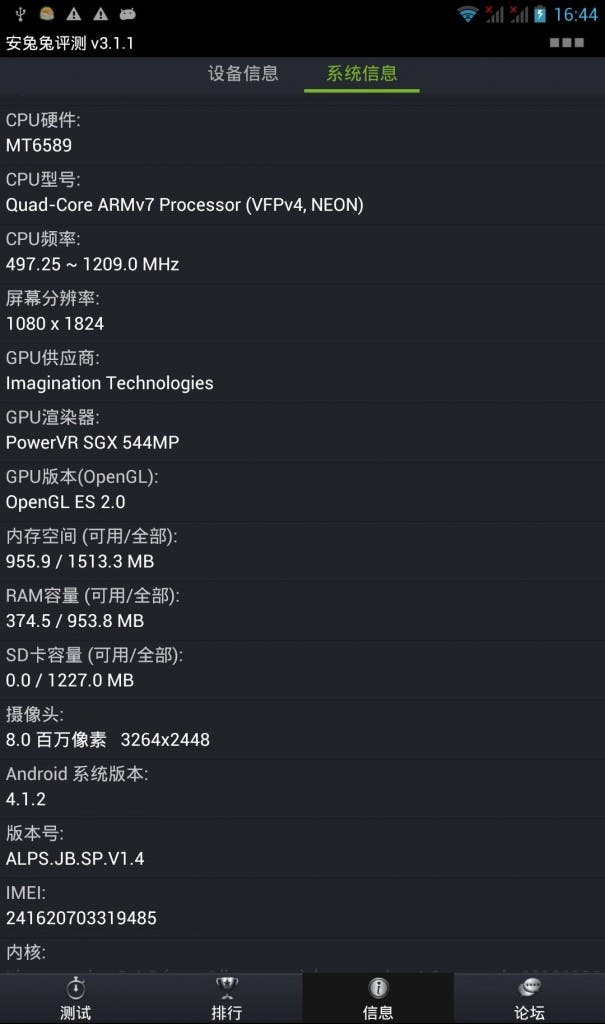 Previous Update: It was a knock-off! Xiaomi Mi2 battery explodes!

Next The Goophone N2 won't have a Quad-Core Processor!