Today I can’t put my phone in my trouser pocket! No, I haven’t just downloaded a super addictive Android game, and no I’m not busy snapping photos with the excellent rear camera! The reason it won’t go in my pocket is the fear of it exploding!

Reports have come in of a Xiaomi owner in Chongqing who was shocked to see their quad-core Mi2 explode! To be more accurate the battery appears to have overheated to the point that it melted through the plastic rear shell! 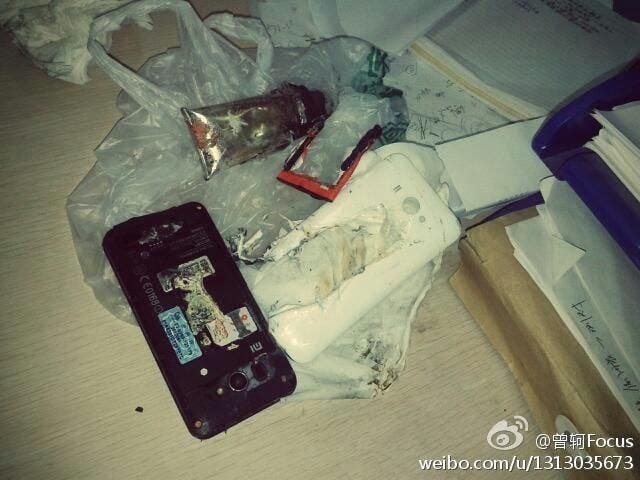 Luckily the owner of the phone didn’t have it in hand, or pocket when the incident occurred, but this hasn’t stopped hundreds of thousands of Xiaomi Mi2 owners to keep a safe distance from their phones.

Suggested causes include the use of grey market or fake batteries, or even that the phone itself wasn’t a genuine Xiaomi to begin with! Whatever the reason we’re sure that Xiaomi are working to find the reason.

UPDATE: it is now being reported that the Xiaomi Mi2 which exploded was actually a knock-off phone and not a genuine Xiaomi phone. [ Source ]

This is how a real Xiaomi Mi2 should look:

These are photos of the fake which exploded:

If you think you might have a Xiaomi Mi2 clone use our guide here to check for tell tale signs!

Next Update: Low-cost iOcean X7 "Youth Edition" in the works!