Beidou’s Big Cola 2 has been caught on camera once again complete with benchmarks, and rumours of a larger screen size!

The original Big Cola phone was a dual-core MT6577 phone with 512MB RAM and a 5-inch display, and at the time those specs were pretty good but with the number of quad-core phones launching with 4 x the RAM, 13 megapixel cameras and more, the Big Cola is in desperate need of an update!

And that’s what we have here! These are leaked photos of the MT6589, quad-core version of the Big Cola 2 complete with an Antutu benchmark of 13149. Like previously published photos, we only get a glimpse of the rear of the Big Cola 2, and there might be a good reason for that! 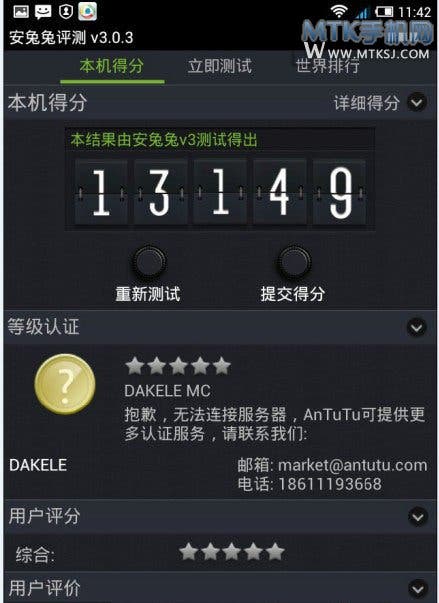 Unconfirmed rumours are suggesting that the new version of the phone could come with a larger 5.3-inch display making this 999 Yuan ($160) phone larger than the UMi X2 and iOcean X7, but with similar hardware and pricing! The rumours go on to say the larger screen will be accompanied by a 3000mAh battery and improved 13 mega-pixel camera!

Next Update: It was a knock-off! Xiaomi Mi2 battery explodes!