Do you remember back in 2012 when Goophone claimed that they will be the first to release a MT6589 quad-core Galaxy Note 2 clone? They even posted a video complete with typo’s and fake Antutu scores! Well after a long wait they have finally launched their  Samsung Galaxy Note 2 clone, only problem is it’s running dual-core MT6577 processor not the quad-core they promised! 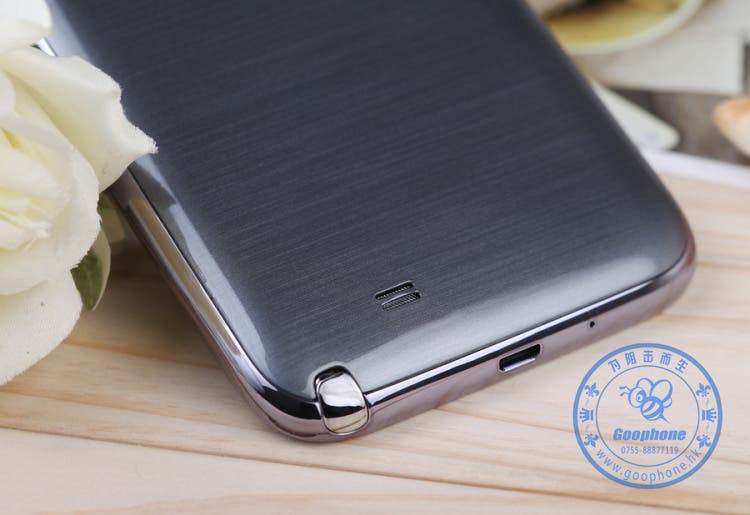 To get around the obvious booing and jeering, GooPhone have named this the GooPhone N2 Lite, Lite for dual-core not quad-core. It features a 1280 x 720  5.5-inch QHD display with an aspect ratio of 16:9. It will also have 1GB of RAM and 4GB of built-in memory like many other MTK phones, plust there is a SD card slot which will accept a 32GB SD card.

As for cameras, the front one will is a 1.3 mega-pixel unit while the rear will have a 8 mega-pixel sensor. This phone will work on 3G as well as GSM and it will offer many of the same functions as other MTK MT6577 phones do.  A 3,100 mAh battery is included, just as it is on the genuine Samsung Galaxy Note 2 and you will be able to change the back cover to one with a built-in flip over case. 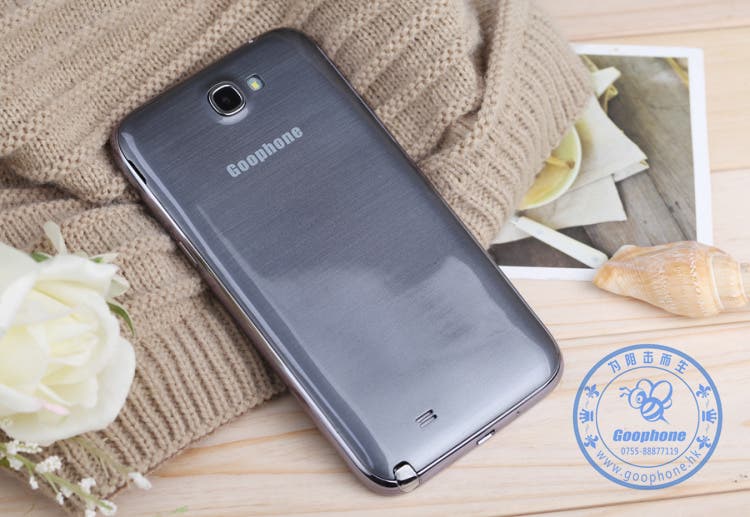 It might be disapointing that the N2 doesn’t have a quad-core MT6589 CPU, but at least the price is low at 999 Yuan ($160), in fact its probably the cheapest 5.5-inch tablet currently on the market! The phone isn’t on sale just yet, but I have managed to get my hands on one and will let you know what it is like once it arrives! 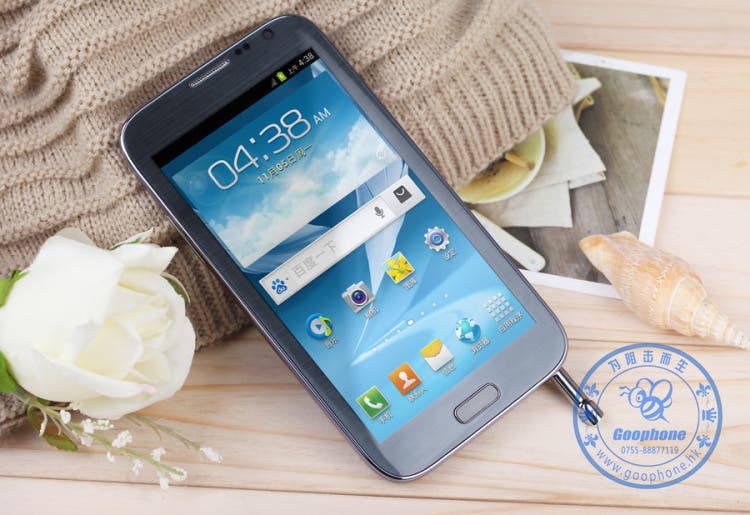