It’s difficult to keep things a secret at MWC, so although Asus aren’t set to launch the latest Fonepad until this afternoon a possible name and leaked specifications have already been found.

The keen-eyed over at The Verge have spotted a number of “Padfone Infinity” banners over at the Asus booth at MWC. The Padfone Infinity is probably the name for the latest fonepad which has been hinted at a number of times this year. 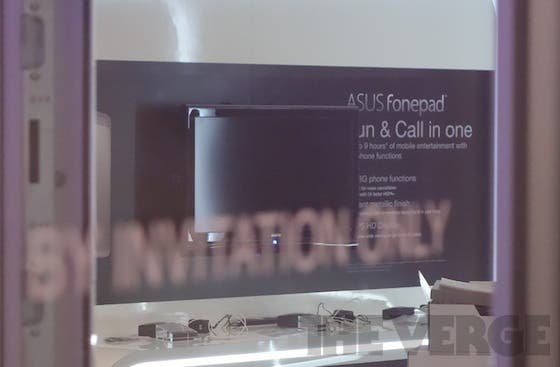 Along with the alleged name for the device, hardware configurations have been leaked too claiming that both the phone and tablet are capable of 1080 HD playback, the phone will feature a 5-inch display while the tablet offers a 10.1-inch panel. LTE support is also included and a power 1.7Ghz Snapdragon S4 Pro CPU runs both devices.

Personally I don’t see the point in having a phone which docks in to a tablet, and I would personally much prefer to carry a 5-inch 1080 phone and cheap tablet with me than the Padfone. What about you guys?