It seems we got our dates confused at Lenovo are planning to launch the Intel powered K900 on April 17th at the surprisingly low-price of just 2999 Yuan ($480).

The Intel powered Lenovo K900 was officially launched at the start of the year at CES, since then we have other impressive Android smartphones arrive on the market, however they all pale in comparison to the might of the K900.

Previous leaks show that the K900 is possibly the most powerful Android smartphone to date with Antutu benchmarks reaching the dizzy heights of over 25,000! That’s quad-core territory this dual-core Intel phone is trending in!

The K900 isn’t all about the processor though as Lenovo have managed to deck the phone out with a HD display measuring 5.5-inch, 2GB RAM, 13 mega-pixel Sony Exymor rear sensor and Android 4.2 Jelly Bean all packed in a compact 6.9mm stainless steel body! 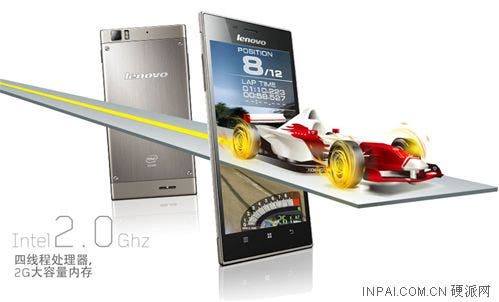 With a feature set like that you would think that Lenovo would be planning to ask for a sizeable hunk of change, but according to Chinese press they plan to launch the K900 at the same price as the Oppo Find 5, 2999 Yuan ($480)!.

In comparison though the Find 5 has a smaller 5-inch display, less powerful 1.5Ghz Snapdragon S4 CPU and plastic body!

Next Huawei Ascend Mate priced at $432 in China