The Koobee Max is an impressive 5-inch 1080 phone with quad-core processor. It also manages to pack a 13 mega-pixel rear camera with large f2.2 aperture plus the latest, greatest, version of Android Jelly Bean 4.2 comes as standard.

All in all the Koobee has the makings of one of the great MTK phones of 2013, and a phone which now be attracting potential UMi X2 customers who are sick of the delay. But that is not the case and here’s why. 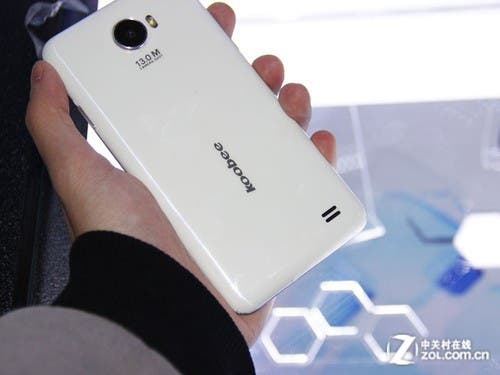 The Max only features 1GB RAM rather than the UMi’s 2GB, the overall design and branding looks rather cheap, but the price is actually very high at 2500 Yuan ($402)!

Koobee do have a few tricks up their sleeve though as the Max measures in at a just 8mm, the 5-inch display has a Gorilla Glass protective finish and the quad-core MT6589 CPU is running at a faster 1.5GHz rather than 1.2 as we have seen in most current phones!

The Koobee Max should be available in stores and online from April.