UMi have taken a lead from JiaYu and have released some engineering versions of the UMi X2 to private beta testers who have given the quad-core, 1080 phone a through going over.

Like the JiaYu G4 we reported on this weekend, there is no indication that this version of the UMi X2 is a 2GB RAM model or a 1GB version. UMi aren’t planning to launch the X2 with 1GB RAM, but they have released a number of samples with just 1GB which has caused confusion and doubt over the phone.

Again this is a white version of the UMi X2, which looks great but we would really like to see the grey model which UMi have also confirmed they will be releasing.

Capacitive buttons appear once again, which suggest to us that they will also be making their way on to the production version of the phone. As personal preference we would have liked to have seen UMi reduce the ‘chin’ on the X2 and have onscreen controls instead.

No surprises around the sides of the UMi X2. The power/hold and volume rocker reside on the right side, 3.5mm head phone jack on top and micro USB plus microphone on the bottom. 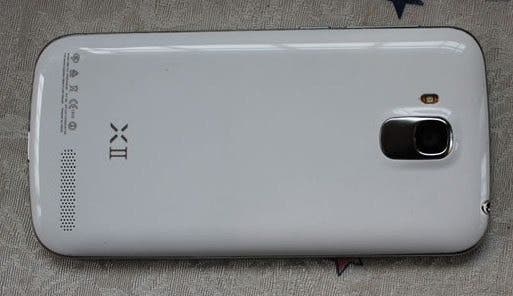 The rear features a glossy white finish, again I personally don’t like this, with a large spreaker grip and subtle ‘X2’ logo near the base while the LED flash and 13 mega-pixel rear camera live at the top. 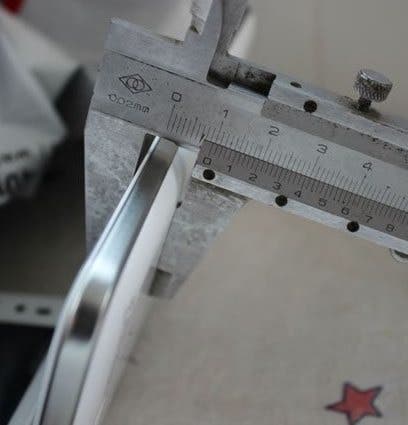 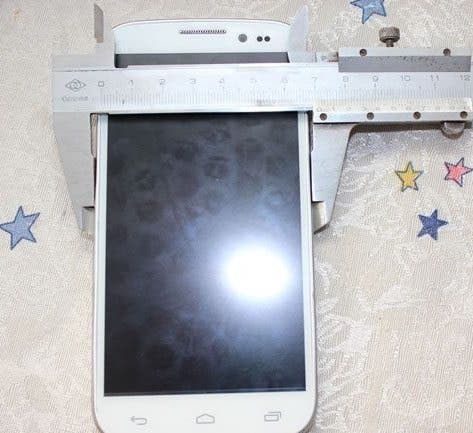 From side to side the width of the UMi X2 is 71mm and thickness is 9.9mm. Not the thinnest but id does allow space for the removable 2500mAh battery, dual-sim support and micro SD card reader. 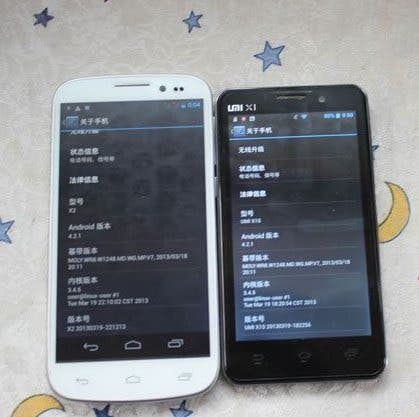 Once Android is booted up we can see that those onscreen controls are still there proving that this is still very much a development version of the phone, and through the blurry image we can just make out that it is running Android 4.2.1 Jelly Bean.

We will have to wait until testers have finished before we get a full UMi X2 review to look at.