We’ve already seen plenty of spy photos of the G4 and X2 but this is the best first look we have had of the N003!

UMi, JiaYu and Neo all seem to be in a race to see who can launch their flagship quad-core phones first. Our money is on JiaYu (at least for the 1GB ‘Youth’ model), but there is a slight possibility they will be beaten to the finish line by Neo.

Neo have been notoriously secretive about the N003, and sources at the company have told us this was due to the phone not being ready for the market yet, so are these latest hands on photos of the quad-core Neo N003 saying it is ready for launch?

Well according to the Neo forum thread where these photos were originally posted the N003 is set for launch by the end of April, citing ‘uncertain factor’ as the reason. Could this mean that Neo are also experiencing an issue with using 2GB RAM with the quad-core MT6589 CPU? 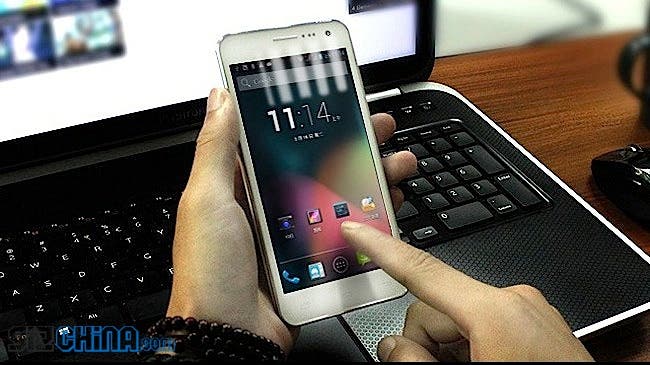 Anyway, getting back to the photos it seems that the design has at least been finalised and uses the traditional rectangular ‘candy bar’ design. I know that there isn’t really much that can be done to the overall shape of a smartphone, but it would be nice to see a bit of flare and originality going on (take the Nubia Z5 as an example), unfortunately the N003 is verging on ‘plain’ on the design front, which possible explains the low-price. 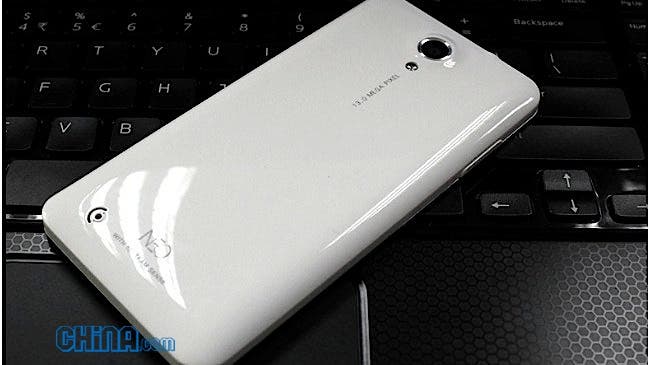 Branding on the rear is kept subtle, and we can see that the 13 mega-pixel rear camera stands slightly proud of the body.

Like the white JiaYu G4, the Neo N003 get’s a silver band around the edges, and we hope to see a black version with anodised black band in the future. 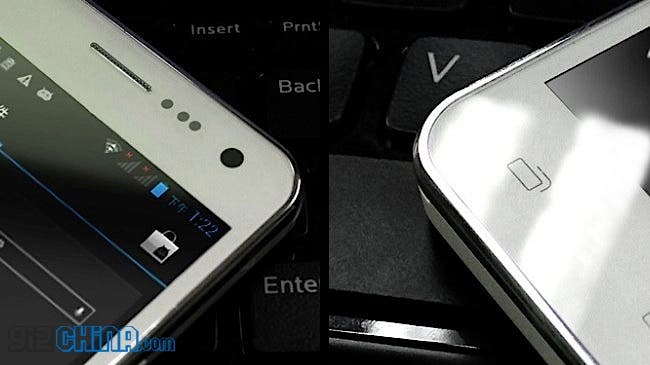 The Neo N003 is rumoured to become the world’s cheapest full 1080 smartphone when it eventually arrives, and boasts some great features including a 5-inch display, quad-core MT6589 CPU, up to 2GB RAM and 13 mega-pixel rear camera.