There has been plenty of talk, and even a few spy photos of the next Xiaomi phone, however nothing from the company itself until last night when Co-founder Lin Bin posted photos of a water-proof Xiaomi Mi2 on his Weibo account.

Huawei, Sony and many other smartphone manufacturers have waterproof phones on the maker, but what makes the Xiaomi Mi2 experiment all the more interesting is that the phone takes a dip in a bucket of water without the rear shell in place! 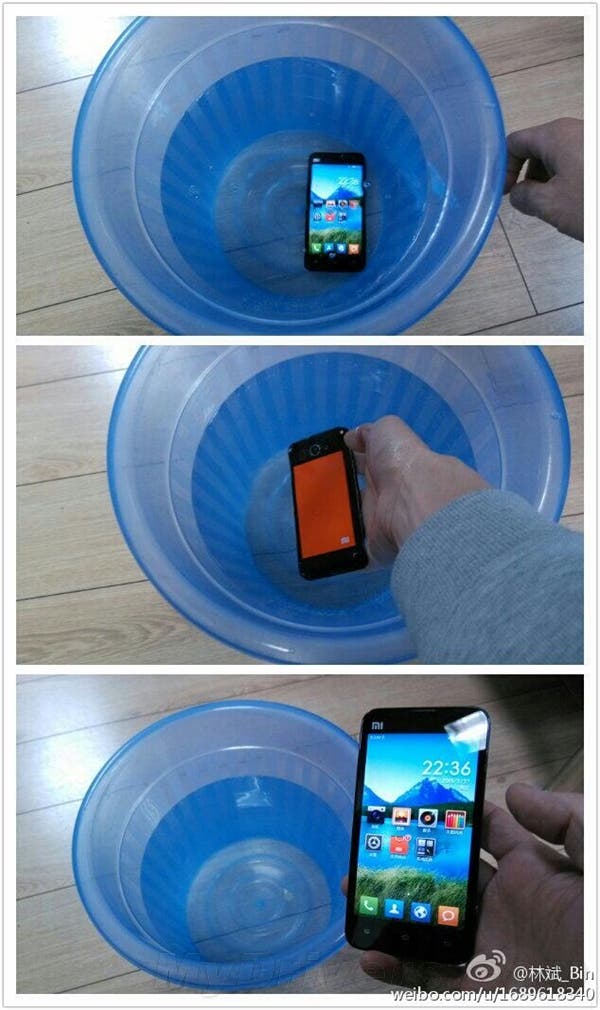 According to Lin Bin, the Mi2 was fully submerged for 10 seconds and is still fully functioning when removed.

We can’t see that Xiaomi would start to ship a water-proof version of the Mi2 so late on in its product cycle, especially considering how well it continues to sell, but this experiment does suggest that the next flagship Mi3 could feature and water-proof nano membrane of some kind!

Next Neken N6 looks a lot like the iOcean X7!