Chinese game developer Shanda, entered the phone market last year with the $160 Bambook, now a quad-core update with 5-inch HD display is ready to make an appearance at a similar price. Could the Bambook 2 topple the UMi X2?

The original Shanda Bambook launched last year with a dual-core Ericsson CPU and low 1000 Yuan ($160) price tag. High power and a low price ensured the Bambook was a great success, now Shanda are hoping for a repeat performance.

For 2013 Shanda have had to update the latest Bambook to meet the expectations of the Chinese phone buying public, so it’s out with the dual-core and in with a faster 1.2Ghz MT6589 quad-core chip. That’s not the only major update though! 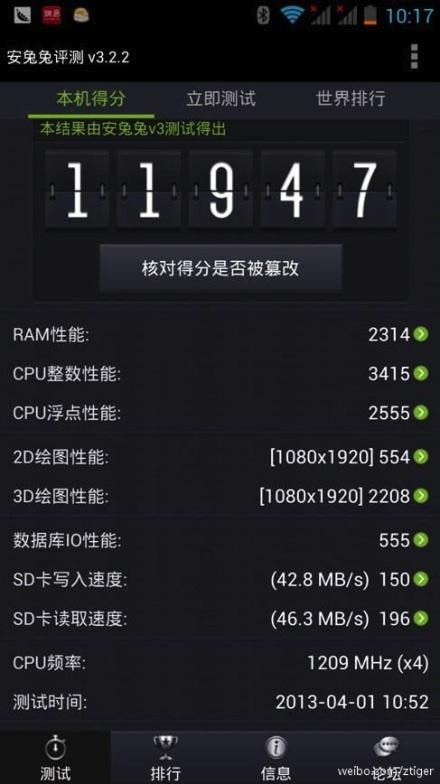 The new Bambook, possibly Bambook 2, will also feature a 5-inch FHD display boasting a resolution of 1920 x 1080 and full HD! The only other details we know is that the phone will use 1GB RAM and has been spotted scoring a 11,947 benchmark on Antutu!