We were beginning to think that this day would never arrive, but finally we get proof of the 2GB RAM JiaYu G4 Advanced is real!

JiaYu never admitted to having an issue getting the JiaYu G4 Advanced running with 2GB RAM, but everyone who has been following the MT6589 saga over the past few months has known there was one, however the problem seems to have been fixed and here we have photos and benchmarks of the 2GB G4.

As we can see from the specs the phone is running 2GB so must be the JiaYu G4 Advanced, however the benchmarks aren’t all that different from the 1GB JiaYu G4 Youth which were published some months ago. 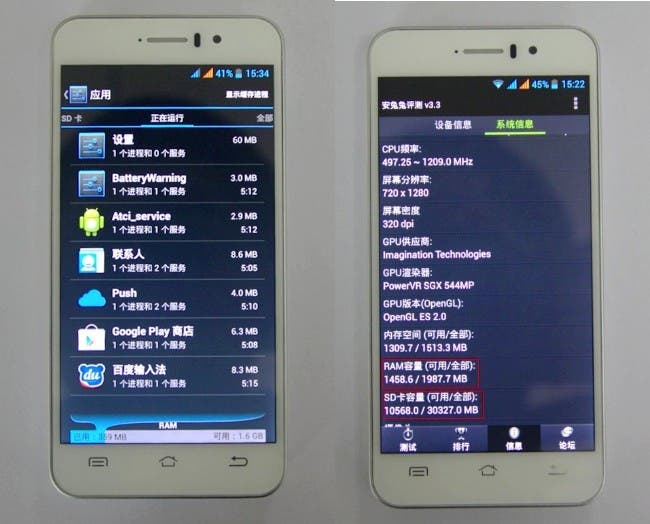 If I were a prospective JiaYu G4 customer, I would seriously be contemplating going for the Youth model with a larger battery and save myself some money and settle for slight slower performance.

What do you guy’s think?