Over the weekend JiaYu held a small event in Shenzhen where fans could meet the team behind their favourite phone, get hands on time with the JiaYu G4 and see what they have in store for the future in the shape of the JiaYu G6!

Prior till the end of last week we had only heard the odd mention of the JiaYu G6 with no clear details as to what the device will offer, but now we can reveal that the JiaYu G6 will be JiaYu’s largest phone to date and will feature a 5.7-inch 1080HD display!

From these photos taken at the event we can also see that the body is made of a mix of alloy and plastic and seems to have a similar narrow tapered design as the 4th generation iPod Touch. 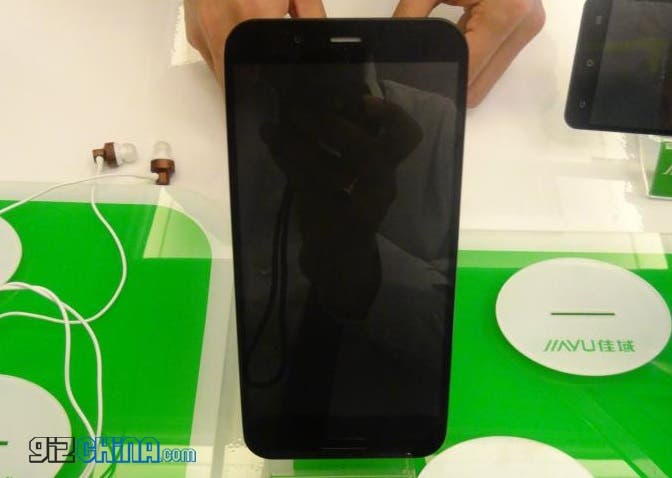 Being a G series phone (G2, G3, G4, G5) we assume the G6 phablet will use a Mediatek processor, but we have no way of knowing if it will be a current quad-core chip or one of the new 8-core processors which are expected by the end of the year.