The Hi-wave Hi5 quad-core, HTC Butterfly lookalike appears to be nearing it’s launch date as a new China Unicom version of the phone has recently been spotted in the wild.

While we have seen the Hi5 in numerous spy photos in the past, this is the first time the 999 Yuan ($160) quad-core, 1080 phone has shown up designed to run on China Unicom’s networks.

The black phone features red highlights and boasts the same overall appearance as the 5-inch HTC Butterfly. Like the HTC phone the Hi5 has a 5-inch FHD display, but is powered by a more cost-effective MT6589 processor, 1GB RAM, 8GB ROM, and comes equipped with a 2 mega-pixel front, 8 mega-pixel rear camera and Android 4.2 Jelly Bean. 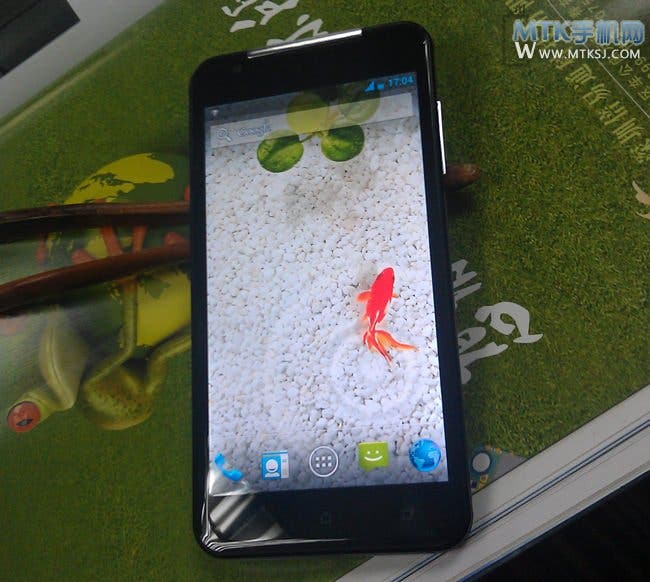 Once launched the Hiwave Hi5 will go head to head with tough competition such as the iOcean X7 Youth and entry-level Neo N003.