Another Umeox X5 GizChina exclusive! We have the full specifications of this 5.6mm Android phone along with more high-quality leaked photos!

After plenty of leaked photos and rumours, we finally have the official Umeox X5 specification direct from our source at the company!

If you haven’t been keeping up to date with the worlds thinnest phone saga you might have missed that Chinese phone maker Umeox have stolen the thinnest phone title from the Huawei Ascend P6 which was launched just last week. We imagine Huawei bosses a pretty upset about that, but we bet they will be even more so when they learn the 5.6mm Umeox X5 will feature a stock Android 4.2 install! (Huawei are currently evaluating a Google edition P6).

Going over the specifications of the Umeox X5 we are not really all that surprised by what we see. The engineers behind this super slim phone have had to create a device which performs well while offering good battery life all in the space of 5.6mm!

Starting from the outside the Umeox X5 packs a 4-inch OLED display with a resolution of 640 x 360. An OLED OGS display is made up of films of organic molecules. When passing electricity through the films, the molecules create light without the need of a backlight. 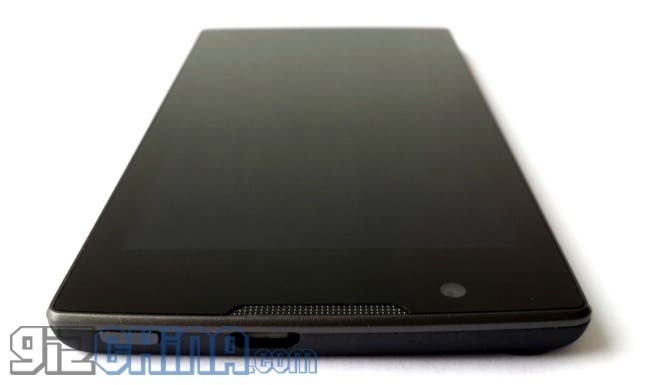 Without the extra bulk of a backlight Umeox have been able to shave millimeters off the thickness of the phone! As an added benefit OLED display are more energy-efficient while remaining very bright!

Read Also:  Samsung Galaxy S21 series to get One UI 4.0 based on Android 12 soon

Huawei might decided to make up their mind a little faster about an Ascend P6 Google Edition once they learn that the X5 will have a stock Android install.

This is going to please a lot of Android purists out there who enjoy Android as Google intended it, not to mention the added performance benefits!

Although it would have been nice to see a quad-core processor in the X5, Umeox have opted for a 1Ghz dual-core MT6572 chip. The MT6572 is based on the same power efficient A7, 28nm architecture as the quad-core MT6589 but boasts better battery life.

The rest of the Umeox X5 Specification

The X5 will come with either 512mb or 1GB RAM, 4GB of built-in memory, support for a 32GB SD card and dual 5 mega-pixel cameras (front and rear). The phone will be a single SIM handset only with a 1400mAh battery (hence the OLED display and low power CPU) and measure just 120 x 60 x 5.6mm.

There is no firm launch date just yet and we are still not sure about pricing, but we’ll be sure to be the first to let you as soon as possible.