After my small review about the unboxing and hands on of JiaYu G4 Advanced I decided to go ahead and use it for one week as my normal phone (Galaxy S3), so everything I write in this post is my opinion and comparing against Galaxy S3.

First of all, I need to install and setup my normal apps, all the apps that I have installed and I use daily (or in background), this is the list:

This is more or less, the profile of my mobile, I suppose that is a normal one. I don’t call too much and for messaging I use Whatsapp and Hangouts, both are always with activity. Receiving texts, photos, etc…

With this profile, my Galaxy S3 it lasts around 1 day, in the night, usually the mobile it starts to ask for charging, for that I decided time ago to have it connected all the time I can, this avoid me to have the mobile without battery in the worst moment.

So, after this, this is my one week opinion of JiaYu G4 Advanced:

After I talked about the battery of Galaxy S3, I think a good start point talk about the battery of JiaYu G4 Advanced. After the first charge, it lasts 2 days, I disconnect on Monday at 6:30 am and it switched off on Tuesday at 20:30 more or less. The mobile was used all the time as my Galaxy S3, or even more, because usually I don’t use the GPS navigation to go and go back to my job, and if you remember I publish a small fix for Mediatek GPS problem (or at least to make it a little bit better).

So, in battery, JiaYu G4 Advanced is much more better, its 3000 mAh is a real one long last battery.

After this week, I must say that it as comfortable as the Galaxy S3, very smooth scroll, nice multimedia playback, good sound (I think that is louder than Galaxy S3). The only problem was some FCs in Google Maps, but I will explain how to solve them later.

JiaYu G4 is a little bit heavy than Galaxy S3, but is not as important as to decide for one model, also is thicker, of course the Galaxy S3 is very thin and light, but in my opinion is not anoying the difference.

What I liked more about the size is that with Galaxy S3 not always I can handle the mobile with one hand, my hand can conver all the phone but sometimes when you try to see the notifications, you can’t reach, somehing that you can do it with JiaYu G4. It is only based on my own experience, maybe you have bigger hand and you can handle without any problem.

Read Also:  Chrome will remove the Discover feed on Android

The Galaxy S3 is  brighter than JiaYu G4 Advanced, but the JiaYu’s one is more real, the colours are more realistics, at least this is what I felt. I’m not telling that is not enough brigther, the JiaYu’s screen is good but less brighter than Samsung’s.

The camera is another good point for JiaYu G4 Advanced, in 720p the frame rate is higher and smoother than Galaxy S3, in 1080p are similar, but the JiaYu looks with a frame rate higher but the Galaxy S3 difinition looks better. I recorded 4 videos in Full HD to test, with both mobiles at the same time so you can compare by yourself. First and third was recorded with JiaYu, the second and fourth with Galaxy S3:

I also recorded a video at 720p to show how smooth it record it:

Photos are also nice, I took photos outside with low light and night and also to Charlie at home, Charlie is a Gizchina.es reader. It is a small bird that I found in my office job door, it could fly as it was too small, I’m taking care and I will leave it free soon. 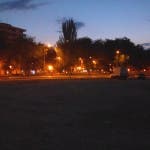 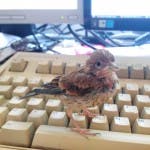 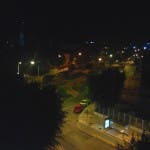 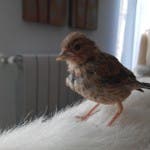 In my opinion, I liked more than the Galaxy S3 so I decided to make this review of a one week usage. It is a great phone, you can compare it with Galaxy S3 and will be in a same level.

The only issues found were:

I want to thank again to Powerplanetonline.com to send me the phone and if you want to make pre-order of this phone, you can pre-order the JiaYu G4 Advanced here.