JiaYu have released photos of the S1’s internals showing the positions of key features on the phone.

With the huge number of photos JiaYu have released of the JiaYu S1 today (more to come later) it would appear that they are almost ready to launch there first 1080, Snapdragon phone!

These first images show us the inside of the rear casing of the S1 which hold various antennas and sensors. One of the new features of the JiaYu S1 is that it will have a built-in battery and non-removable rear cover, this has allowed JiaYu to mount the GPS, WIFI and WCDMA antennas plus the NFC chip directly to the rear casing and allowing for improved signal strength! 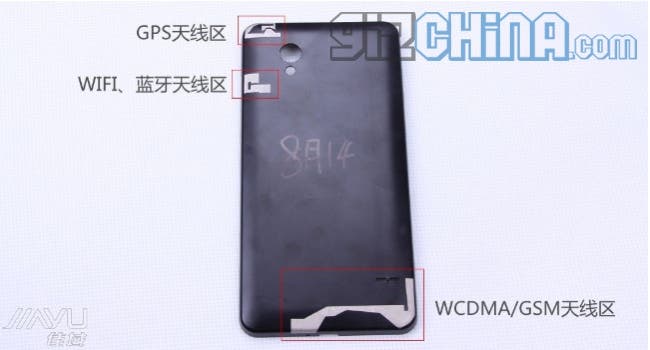 JiaYu list the advantages of this method on this thread here, but if you don’t speak Chinese we have translated them below:

Hopefully the costs are not to significant and the JiaYu S1 will launch at around the rumoured 1999 Yuan ($320) price tag or lower.