With only a few days before Xiaomi unveil the Xiaomi Mi3 photos of the prototype have been obtained again, is this the final Mi3 design?

These spy photos were taken without the knowledge of there user of the Mi3 (possibly a Xiaomi employee judging by his T-Shirt) and sent over to French tech site Nowhereelse. 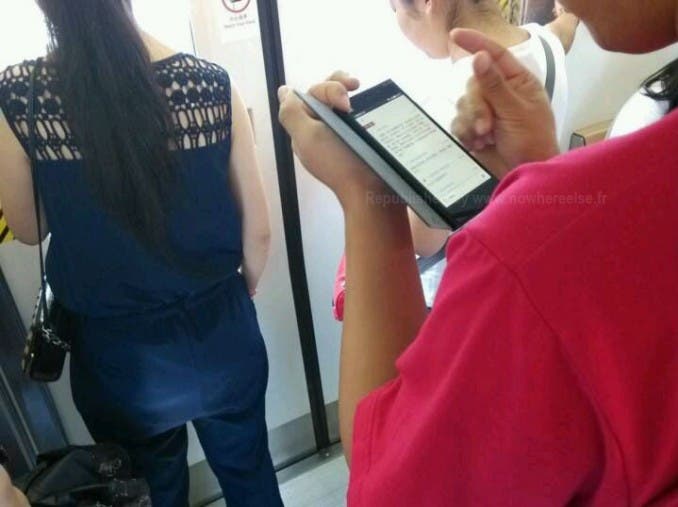 The designs match those which where posted sometime ago, also obtained via sneak photos taken on the subway. We can just make out the ‘Mi’ logo under the index finger of the user and can plainly see that this device is much larger than the current 4.3-inch Xiaomi Mi2.

Xiaomi will officially unveil the Mi3 on 5th September in Beijing. The phone is believed to have a 1080 display, Snapdragon 800 or Tegra 4 processor, 2GB RAM, 3000mAh battery, 13 mega-pixel rear camera and offer improved stereo sound.

Thanks to AdLion for the tip.

Previous FAEA F2: Review of a FullHD and NFC phone