Updated with more photos as we now have internet!

The Xiaomi launch event is still in full swing, but while the WIFI is working and Lei Jun is introducing the Xiaomi TV, I though I would post details of the new Mi3.

Full details will be posted later, but the highlights of the new phone include a 5-inch 1080 display, 13 mega-pixel rear camera with F2.2 aperture, 3050mAh battery, 128mps writable memory, 2GB RAM and a choice of either a Snapdragon 800 chip or Nvidia Tegra 4 processor (keeping everyone happy), NFC, 5Ghz WIFI etc. 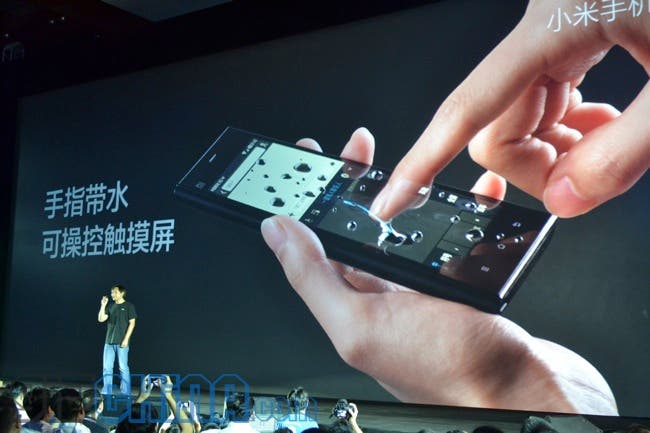 Unsurprisingly the phone’s shape is the same as the Lumia style leaks and will be available in a range of colours including red, yellow, blue, pink and black. There will also be a smart cover style case available also in a range of bright colours. 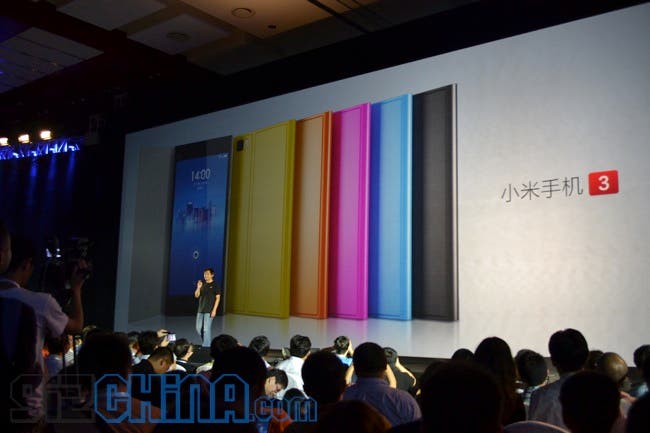 Pricing for the 8.1 mm thick phone starts at 1999 Yuan for the 16GB model rising to 2499 Yuan for the 64GB version. Lei Jun has also announced the Xiaomi Mi3 will go on sale from the middle of October. We’ll have a hands on with the new phone later.

Next Xiaomi Mi3 Everything you need to know!